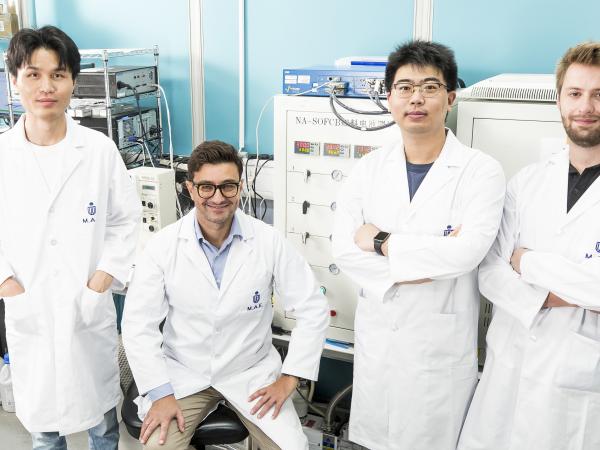 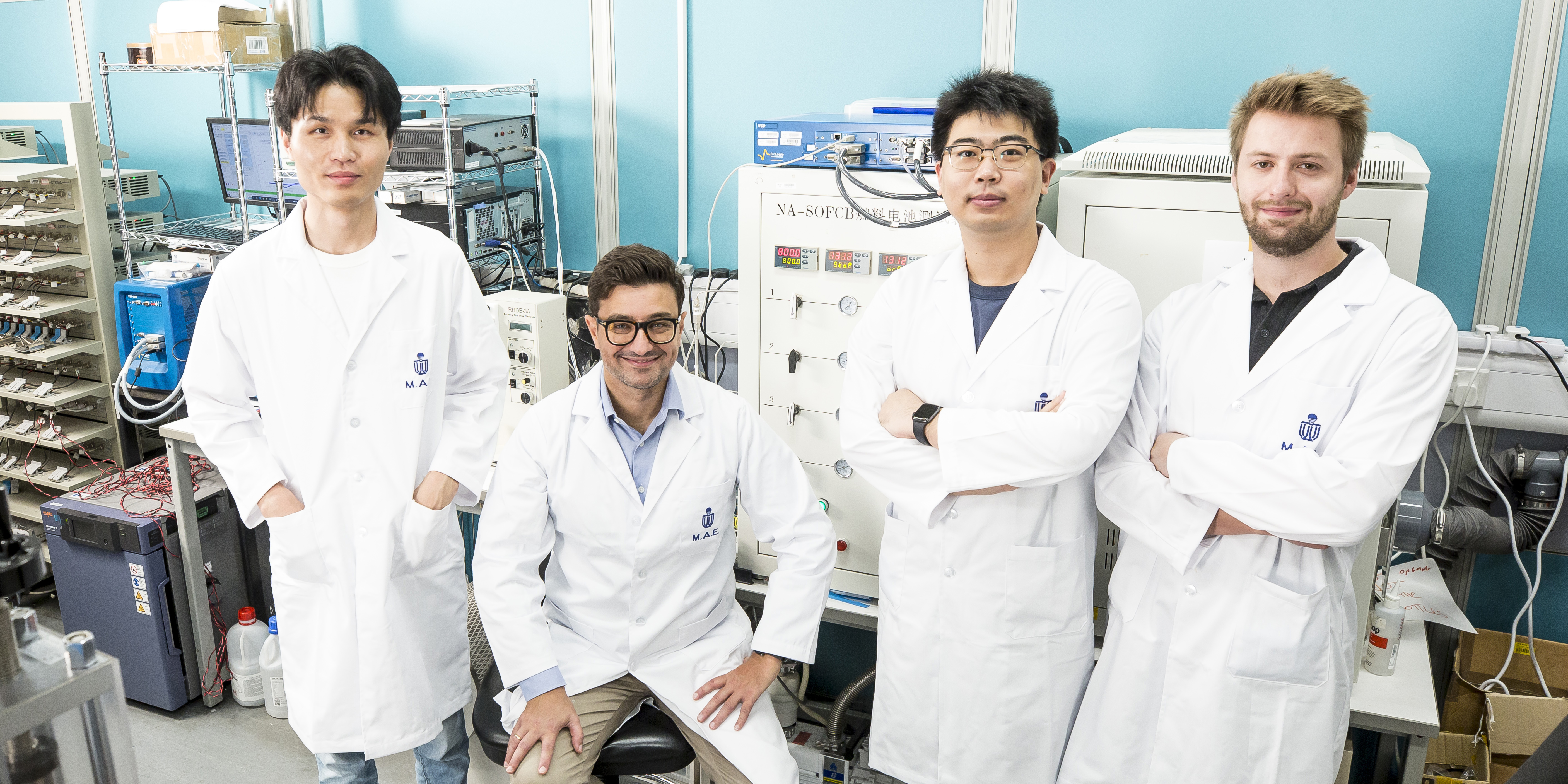 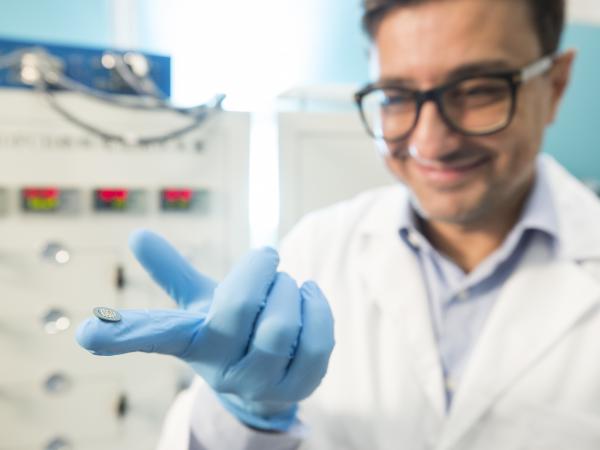 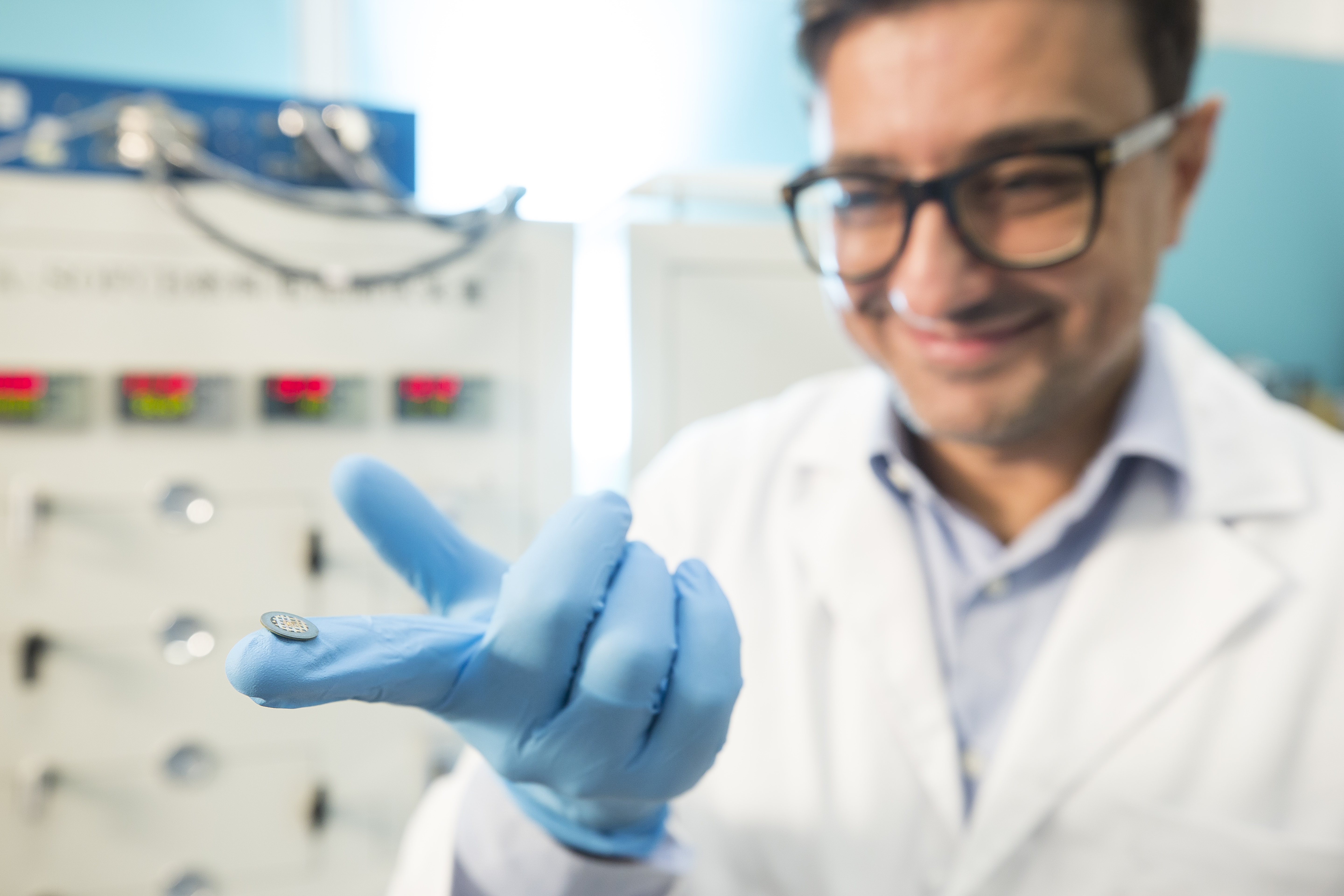 Researchers at the Hong Kong University of Science and Technology (HKUST) have designed an innovative iron-based cathode material to achieve record performance for protonic ceramic fuel cells, marking a significant step forward in the development and commercialization of this promising renewable energy technology.

Fuel cells, which use the chemical energy of hydrogen or other fuels to generate electricity efficiently and cleanly, are environmentally friendly power sources that have been under intensive development worldwide in an effort to combat climate change and energy shortage. A new technology in the field, protonic ceramic fuel cells (PCFCs) are based on proton-conducting ceramic electrolytes and have the advantages of low pollutant emissions, high efficiency, and the flexibility of working well with not just hydrogen but also other gases like ammonia, biogas, and methane. They are generally used for distributed power generation, including off-grid power production.

However, the widespread commercialization of PCFCs has been hindered by the lack of high-performance and low-cost cathode materials. Currently, cobalt-based perovskites are the most widely used cathode materials because cobalt can easily lower and raise its oxidation number, which results in superior oxygen reduction reaction activity that is vital to the performance of the cathode. Yet , these materials suffer from high costs, cause pollution in mining, and require complex preparation procedures incompatible with mass production. They are also in high demand in lithium-ion batteries, which are commonly used in electric vehicles.

Ideally, cobalt needs to be replaced by transition metals with lower costs but comparable reactivity. Iron lies close to cobalt in the periodic table, shares many similar chemical properties, but is much cheaper. Yet, iron-based materials are generally understood to be worse catalysts, leading to unsatisfactory performance. Therefore, the compositions of the materials must be fine-tuned to identify the best-performing material.

Working in this direction, a research team led by Prof. Francesco CIUCCI from the Department of Mechanical & Aerospace Engineering and Department of Chemical & Biological Engineering combined first-principle simulations, molecular orbital analysis, and experiments to design new, inexpensive ceramics that use cheap elements, such as barium (Ba), iron (Fe), and zirconium (Zr), leading to a PCFC with record performance.

The team designed the cathode materials from basic physical-chemical principles and density functional theory. Through computationally guided optimization, Ba0.875Fe0.875Zr0.125O3-δ (D-BFZ) was identified as the most promising cathode material. Experiments showed that D-BFZ has an exceptional electrochemical activity to react with oxygen achieving a high peak power density, among the best in the field, and excellent operational stability. Moreover, D-BFZ can be produced using simple, mass-production-suitable synthesis techniques, which is a major step toward realizing commercially viable PCFCs.

“PCFC technology could be transformational and there are many exciting opportunities to develop it further. We will continue to leverage first-principle calculations and experiments to improve the performance of PCFCs. If used reversibly, PCFCs will have a tremendous impact on hard-to-decarbonize sectors, such as siderurgy, ammonia production, and heavy-duty transportation,” said Prof. Ciucci.

The team’s research work was recently published in Nature Catalysis and highlighted in Nature Reviews Materials.