Researchers of the Hong Kong University of Science and Technology (HKUST) and Institute of Biophysics, Chinese Academy of Science recently identified that an enzyme called atlastin (ATL) is used to regulate the transportation of proteins within cells. This novel finding offers new insights into the pathology of Hereditary Spastic Paraplegia – a rare inherited disorder with symptoms of lower limb spasticity accompanied by possible neurological deficiencies.

ATL was known to be linked to the disease, but how defects in ATL disrupt normal physiology remained unclear.  Now a team led by Prof. GUO Yusong, Assistant Professor of Division of Life Science in the School of Science at HKUST, have discovered that deletion of ATL would drastically slow down the transportation of important proteins produced from within the cell to its surface, which could lead to malfunctioning of our physiology and normal bodily functions.  The team also made an interesting discovery that a mutant version of ATL is capable of restoring such function, providing insight to the search of a cure for the disorder.  The finding was made in collaboration with Prof. HU Junjie’s laboratory from the Institute of Biophysics of the Chinese Academy of Sciences.

Proteins, such as insulins, antibodies or cell surface-localized signal receptors, need to be transported to the cell surface along the secretory transport pathway once produced within a cell in order to perform their physiological functions. Transportation of these proteins begins at endoplasmic reticulum (ER) – the pathway’s first station, where the proteins are packed into vehicles known as COPII vesicles before being delivered to the cell surface.

The ER tubules are connected by dynamin-like GTPase atlastin (ATL).  Using the latest CRISPR/Cas9 technology to deplete ATL, Prof Guo and his collaborators discovered that in ATL-deleted cells, not only ER tubules became unconnected, but formation of COPII was also drastically reduced, affecting its protein packaging efficiency.  In fact, many exit sites along the ER network failed to recruit COPII subunits, significantly slowing down the proteins’ movement.  Further studies found both mobility of the proteins and COPII formation can be restored by a mutant version of ATL capable of tethering, but not fusing, ER tubules.

The findings were recently published in scientific journal Proceedings of the National Academy of Sciences of the United States of America (PNAS) (https://www.pnas.org/content/early/2019/06/24/1908409116).

Prof. Guo said the findings offered new insights into how defects in ATL causes recessive hereditary spastic paraplegia. “Apparently, ATL-mediated membrane tethering plays a critical role in maintaining the necessary mobility of ER contents, while we are not the right parties to offer a therapeutic strategy, I hope our finding can help offer some clues to the search of a cure for the rare disease,” He said.

Prof. Guo is a leading expert on membrane trafficking. This research was funded by the Research Grants Council (RGC) of Hong Kong and the National Natural Science Foundation of China (NSFC).

About The Hong Kong University of Science and Technology
The Hong Kong University of Science and Technology (HKUST) (www.ust.hk) is a world-class research university that focuses on science, technology and business as well as humanities and social science.  HKUST offers an international campus, and a holistic and interdisciplinary pedagogy to nurture well-rounded graduates with global vision, a strong entrepreneurial spirit and innovative thinking.  HKUST attained the highest proportion of internationally excellent research work in the Research Assessment Exercise 2014 of Hong Kong’s University Grants Committee, and is ranked as the world’s best young university in Times Higher Education’s Young University Rankings 2019.  Its graduates were ranked 16th worldwide and top in Greater China in Global University Employability Survey 2018. 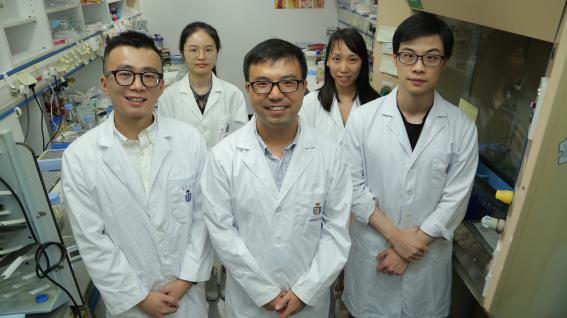 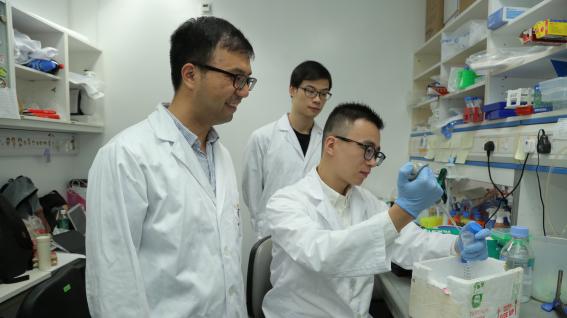 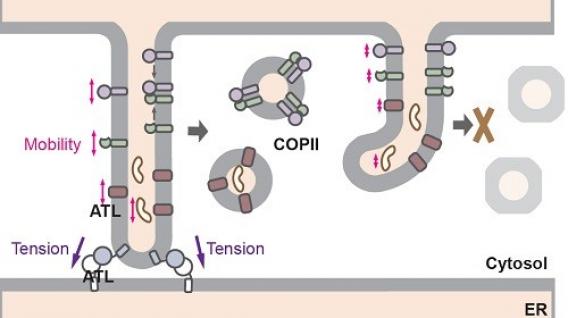