Study in one of Hong Kong's best universities - HKUST. Explore our study abroad programs, diverse student activities, and campus facilities which will offer you a vibrant and colorful student life that goes far beyond classrooms and textbooks.

The Checklist of Choosing the Best Study Abroad Programs

It is definitely not easy to choose a school from thousands of universities around the world. There are many overseas colleges, types and choices in every city. One good way to start with is to look for the best study abroad programs in a particular country or even city. Considering the security, political environment and potential risks and chances of a country can help students decide on a destination before finding the best study abroad programs. This helps to avoid the feeling of looking for a needle in a haystack among all possible places.

Another criterion to consider is the reputation of the universities. Even if the institution seems to offer the best study abroad programs, the reputation and the impact of the university itself do make a huge difference in the experience that students would have. The reputation of individual universities can be found in various papers and reports, as well as on the websites of universities. However, to have a bigger picture and an objective understanding, the university’s ranking among the world’s institutions serves as an important reference for students to look at before finding the best study abroad programs. The Quacquarelli Symonds(QS) World University Rankings is a reputable list of universities around the world. Students can take it as a reference for determining the impact and importance of the future program to enrol in.

Study in Hong Kong: A Fruitful Experience For Cultural Enrichment

It is the dream of many international students to study in Hong Kong as the city boasts an international network as well as a deep connection with China. Hong Kong is also where the busy city pace meets the natural countryside, with a world-class skyline surrounding the famous Victoria Harbour.

The Hong Kong University of Science and Technology (HKUST) is an internationally renowned research university with world-class standards in science, engineering, business management, humanities and social sciences. HKUST offers an international campus, and a holistic and interdisciplinary pedagogy to nurture well-rounded graduates with a global vision, a strong entrepreneurial spirit and innovative thinking. Only 31 years have passed since its establishment, however, the university has already earned international recognition and applause. HKUST is ranked as the world’s second-best young university in the QS Top 50 Under 50, 2022 - great news to international students who wish to study in Hong Kong.

The International Program for Students to Study in Hong Kong

Students who wish to study in Hong Kong can choose from the many disciplines that HKUST offers. The Schools of Science, Engineering, Business and Management, Humanities and Social Science are the four main faculties of HKUST.

The School of Science has earned recognition for HKUST on international rankings. Many of the subjects offered by the school are on the top of the list in Hong Kong. Being the first in Materials Sciences, Computer Science & Information Systems, Chemistry, Mathematics, Physics & Astronomy, and Natural Sciences, HKUST continues to inspire budding scientists and researchers from all around the world.

Therefore, when choosing programs to study in Hong Kong, students who are passionate in science and engineering are highly recommended to enrol in the programs offered by HKUST.

As a university with a global outlook and international atmosphere, HKUST welcomes applicants from all over the world to study in Hong Kong. With 49+ majors and 24 minors covering science, engineering, business and management, humanities and social sciences, and interdisciplinary fields, HKUST offers world-class undergraduate program options.

Details of applying to the programmes to study in Hong Kong can be found on the website. Note that all applicants with international qualifications must fulfill the General Admissions Requirements, School/Program-specific Requirements, and English Language Requirements. Embark on an exciting learning journey to study in Hong Kong and at HKUST and be part of an active drive for change for the benefit of the world. To know more, please visit: https://join.hkust.edu.hk/admissions/international-qualifications

Study in Hong Kong: Where Past and Future Collide

One of the top destinations for international students seeking adventure in a bustling metropolis is the centrally located, interesting Hong Kong. I'd like to share with you my observations after four years of studying in Hong Kong and why, if you're considering a study abroad adventure in Asia, you might want to think about Asia's World City.

Study in Hong Kong: Where Past and Future Collide

Hong Kong's strategic location at the center of Asia has allowed it to grow into a globalized city. It is known as Asia's World City and has developed into the fourth-largest banking and financial hub in the world. Eastern and Western cultures have coexisted here, creating a vibrant diversity in lifestyle. The city is divided between a densely populated mainland and more than 200 offshore islands in the South China Sea, with 7.3 million people making up its ethnically varied, worldwide population of natives, expatriates, and students. With its remarkable transport links both within Asia and to the rest of the world, Hong Kong has long been a hub for trade.

After 156 years of British occupation, the city returned to Chinese control in 1997. The territory saw enormous historical change during the colonial era, and those changes continue to have an impact now. Walking across Hong Kong will allow you to see many structures and street names that date back to the colonial era, like Gloucester Road and the Former Central Police Station. English Common Law is used to govern the city, making politics and the legislative process familiar to people who are familiar with British judicial thought.

The majority of resources in Hong Kong are privately owned, and people are free to choose their own means of production and consumption. The economy is also very industrialized, and it is renowned for its well-developed international financial sector, minimal taxation, and nearly free port trade. Hong Kong draws expats and business owners who want to conduct business throughout the rest of Asia and Mainland China because of its advantageous location for expanding businesses. A bright future for commerce and economics has promoted not only the exchange of knowledge among firms but also the training of skilled executives and the establishment of the institutions necessary to make this happen.

Through the curriculum, the British colonial presence has also had an impact on the educational system. The Hong Kong educational system altered at the turn of the 20th century to provide top-notch English instruction to better prepare students for further education, professional training, or additional study abroad. With the implementation of new regulations, students from all over the city now have access to nighttime sessions in engineering, science, and business. Universities in Hong Kong currently place a great focus on striking a balance between traditional teaching methods and forward-thinking innovations, and they push for both strong local commitment and global effect.

At the moment, Hong Kong provides reputable and well-known undergraduate and graduate programs in many of the city's universities. Hong Kong's educational system has been inspired by the British educational system to give students the knowledge and abilities they need to become tomorrow's leaders.

How do they compare?Study in Hong Kong versus studying in China

In 1997, China regained control over Hong Kong. The framework within which Hong Kong functions as a separate state from the People's Republic of China is described by the "one country, two systems" policy (PRC). In contrast to China, Hong Kong's Basic Law upholds British common law and other colonial principles including free speech and property rights. Despite having different political systems, Hong Kong and China's educational systems have developed similarly and undergone similar changes.

Over the past 200 years, higher education has received more attention in both China and Hong Kong. The emphasis has been on growing higher education, and as this growth has gained steam, a variety of non-governmental projects have also emerged. Both Hong Kong and China include private institutions and self-financing programs that provide a variety of courses to both domestic and foreign students. The expansion of the higher education system has also sparked a higher degree of academic interest, increasing secondary school enrollment in both locations. Given the vast differences in size and number of universities between the two regions, the fact that four universities from both regions are included in the Top 10 Universities in Asia for 2018 speaks much about the caliber of education offered in Hong Kong and China.

Universities in China and Hong Kong provide courses in numerous languages. Mandarin is the official language of China; English and Cantonese, a variant of southern Chinese, are the official languages of Hong Kong. You might wish to look into which colleges provide English as the language of teaching if you're an international student coming without any prior knowledge of Asian languages. Although English-speaking students may find a list of modules geared for learning Mandarin at their host university, most higher education institutions in China concentrate on teaching lessons in Mandarin. While study in Hong Kong, you'll observe that English is the language of instruction.

In contrast, students and the general public in Hong Kong have unrestricted access to the Internet and social media, however they might use Chinese-specific social media programs if they need to conduct business or communicate with friends in Mainland China. 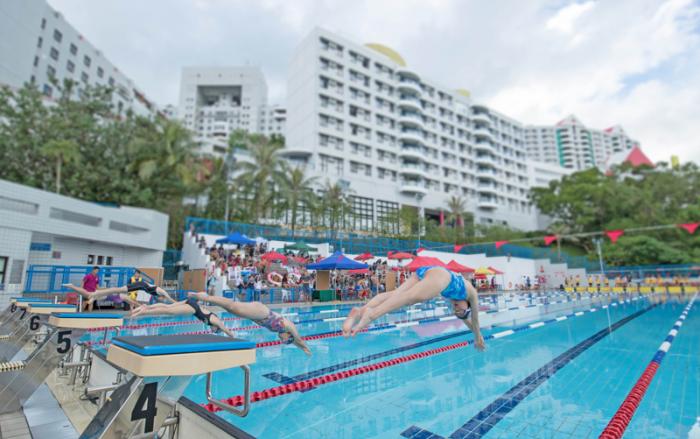 Sports and wellness are essential to maintaining a balance between body and mind. Learn how to maintain a well-balanced and healthy lifestyle to effectively manage life, learning, and work. 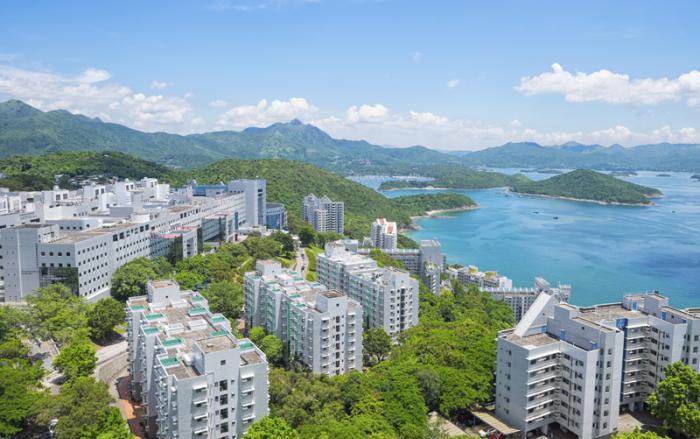 From housing to dining and all the socializing that goes on in between, get to know your life and surroundings, facilities and resources for the time outside of the classroom. 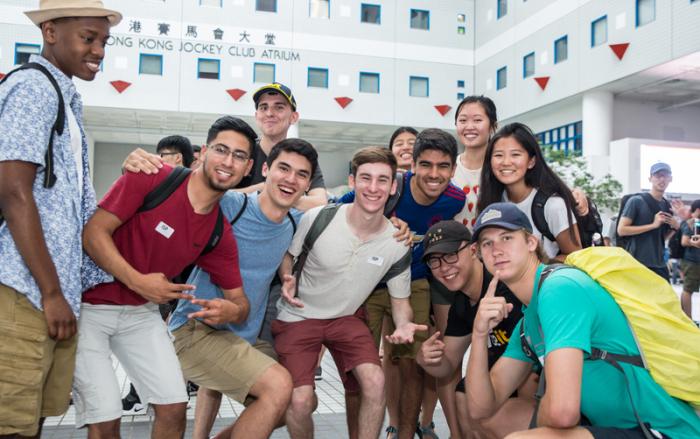 We aim to build civic awareness and develop sustainable partnerships with the wider community, deepening student learning while promoting a benevolent world. Students will learn to apply knowledge and skills to serve the public good. 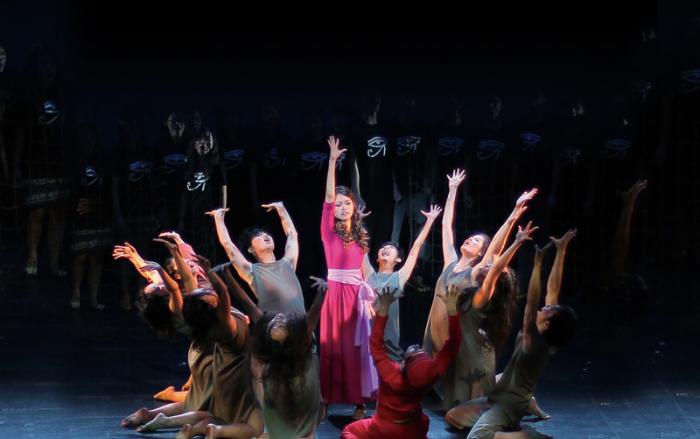 Art nourishes our imagination, stimulates creativity and enriches our lives. We embrace arts as an integral part of well-rounded development. An array of programs are available for you to unlock your inner creativity. 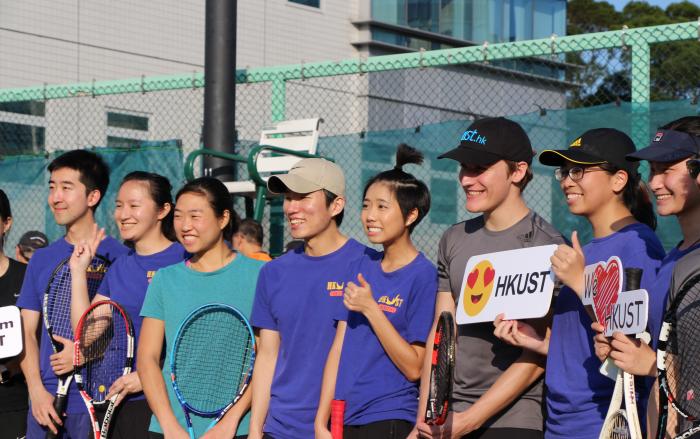 Live your university life to the fullest by forming your own student organizations and taking part in different types of student activities to accommodate your diverse interests and meet your personal development needs. 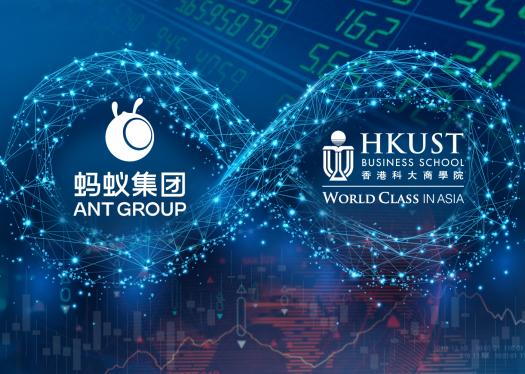 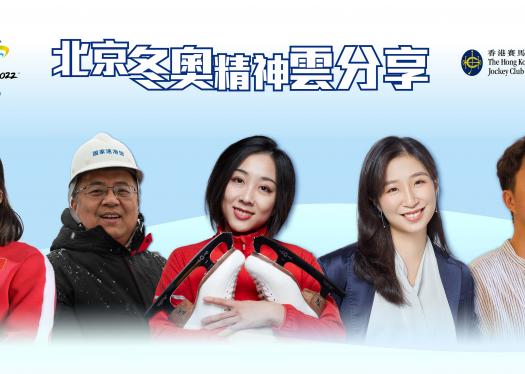 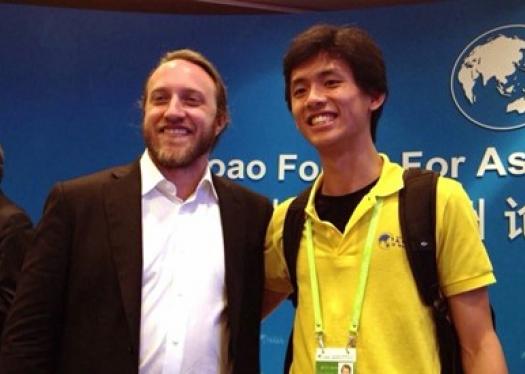 WHY HKUST? Using Tech to Make a Difference 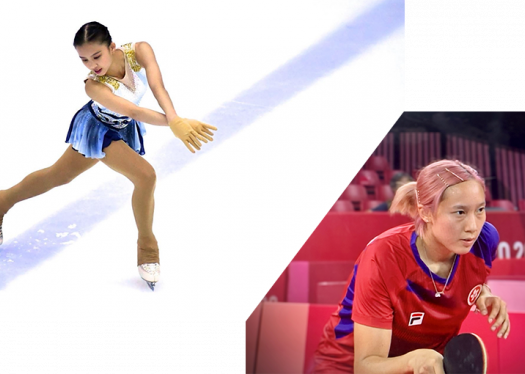