HKUST's honorary doctorates are awarded to five outstanding individuals in recognition of their distinguished achievements and contributions. This year's recipients are (in alphabetical order):

Sir Michael ATIYAH, Honorary Professor at the University of Edinburgh - Doctor of Science

While addressing the ceremony, President Prof Tony F Chan congratulated the graduates and encouraged them to ride on the globalization trend. He hoped that the promising graduates will go forth into the world armed with global knowledge and global mindset, and be able to apply global insight to solving global problems and grasping global opportunities. He shared his experience from his recent trip to Europe pointing out that HKUST is the most international university in China, and is on the road to innovation and academic excellence. The fresh graduates equipped with professional and broad knowledge should leverage on the University's innovative spirit and competitive edge to make even greater contributions.

Sir Michael Atiyah is an internationally renowned mathematician and Honorary Professor at the University of Edinburgh. He won the Fields Medal in 1966 and the Abel Prize in 2004, honors which are considered as being equivalent to the Nobel Prize. He also won the Copley Medal of the Royal Society in 1988. His theoretical contributions have resulted in the solution of many outstanding and difficult problems in mathematics. With his seminal work with others on the K Theory and the Atiyah-Singer Index Theorem, he has practically garnered every prize and honor in mathematics. He became President of the London Mathematical Society in 1974-76 and President of the Royal Society in 1990. In 1983 he was knighted by the Queen, and he was made a member of the Order of Merit in 1992. He was also awarded the Grand Officier of the French Legion d'honneur in 2011.

Prof Yuk-Shee Chan is currently the President of Lingnan University. As an academic leader, he pursues his mission in education. As the Founding Dean of the world-acclaimed HKUST School of Business and Management, he attached great importance to academic research and contributed to the School's rapid global rise. He initiated the collaboration between HKUST and the Kellogg School of Management at Northwestern University, leading to Hong Kong's first joint EMBA which has now been the world's top EMBA program for four consecutive years. As the President of Lingnan University, he is a strong advocate of liberal arts education and overseas exchange to broaden students' horizons.

Internationally-acclaimed economist Prof Justin Yifu Lin is currently Honorary Dean of the National School of Development at Peking University. As the Founding Director of the China Center of Economic Research at Peking University, he advocates New Structural Economics which fostered China's economic take-off and transformation into a market economy, thus turning it into the world's second largest economy. When he joined the World Bank as its Chief Economist, he made history as the first to assume that role from a developing country. Proactively applying his theories, Prof Lin helps developing countries undergo structural revolution in society to battle against the scourge of poverty and to live in harmony. As a top-notch scholar, he is the author of 23 books and hundreds of articles.

Prof H Vincent Poor is currently Dean of the School of Engineering and Applied Science at Princeton University and Michael Henry Strater University Professor of Electrical Engineering. His pioneering contributions to multiple access communications mitigate interference in wireless communication and enable multiple users to share the same channel effectively, making it a world where we can communicate with 'anyone, anytime, anywhere'. As a man of science, he is also a passionate educator devoted to bringing out students' inborn creative qualities. Prof Poor integrates engineering and the liberal arts, and has been delivering courses at Princeton for engineers and non-engineers to find solutions together. He has received a handful of prestigious teaching awards, among which are the National Science Foundation Director's Award for the Distinguished Teaching Scholars, the IEEE Education Medal and the American Society for Engineering Education Terman Award.

Dr the Hon Allan Zeman is the Chairman of the Ocean Park Corporation and Lan Kwai Fong Holdings Ltd. Living in Hong Kong for over 40 years, he has been deeply engaged in the local community and served in a number of key government and community organizations including the Community Chest, the West Kowloon Cultural District Authority, the Hong Kong Tourism Commission, the former Cultural and Heritage Commission and the Urban Renewal Authority. With his touch of genius, Dr Zeman has miraculously transformed Lan Kwai Fong into a world-famous district, and turned the Ocean Park into the world's top-50 most visited destinations, hence earning the affectionate names of 'the Father of Lan Kwai Fong' and 'the Mouse Killer'. He was awarded the Gold Bauhinia Star and Grand Bauhinia Medal in 2004 and 2011 respectively in recognition of his outstanding contributions to Hong Kong.

The Congregation also saw other awards presented to faculty and students.

Prof Stephen W Nason, Professor of the Department of Management in the School of Business and Management, was awarded HKUST's highest accolade in teaching - the Michael G Gale Medal for Distinguished Teaching for his passion for educating and inspiring students. Prof Nason has been a two-time recipient of the School of Business and Management's Franklin Prize for Teaching Excellence. He has also played an important role in curriculum committees and in the development of outcomes-based education at both departmental and school levels.

The Stephen Cheong Kam-chuen Medal for Distinguished Service to the Student Body was awarded to Mr Tsang Ka Long Tim, a third year student in Quantitative Finance. Mr Tsang served in the Students' Union for the academic year 2011-2012 in the capacity of President. He showed utmost dedication in uniting the student bodies and assisted proactively with the University's 20th anniversary celebrations throughout the whole year. 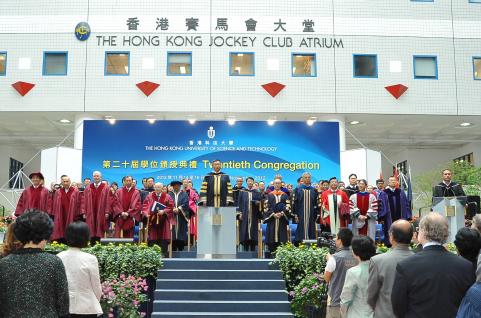 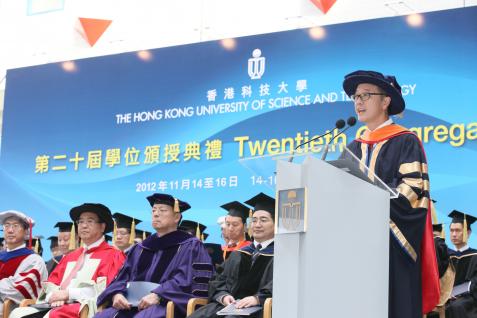 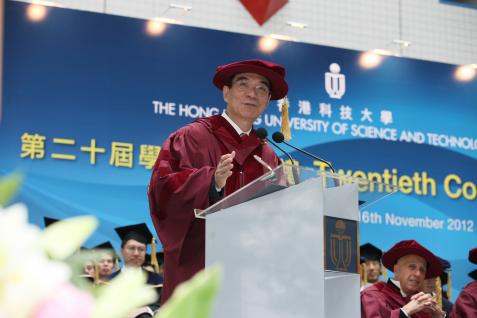 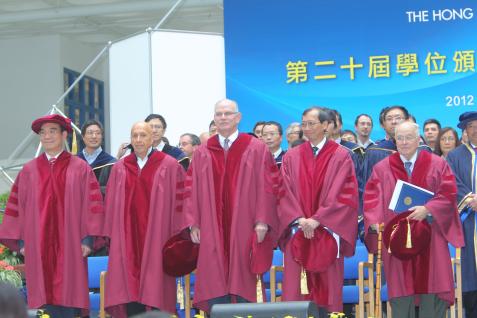 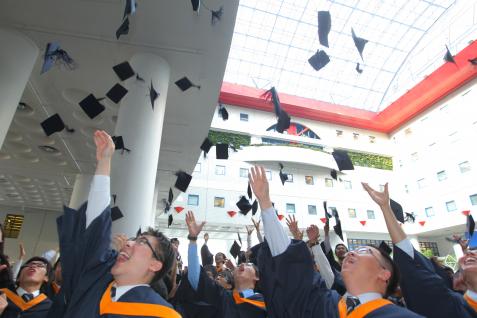 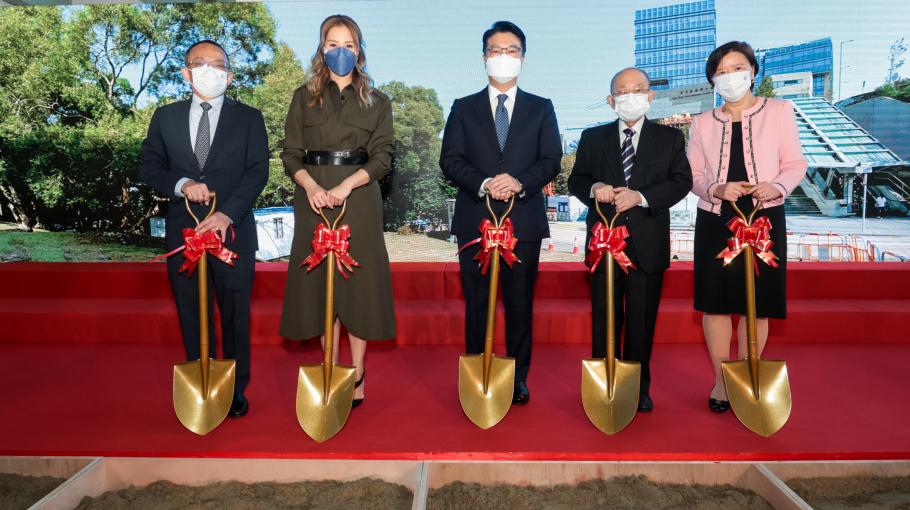 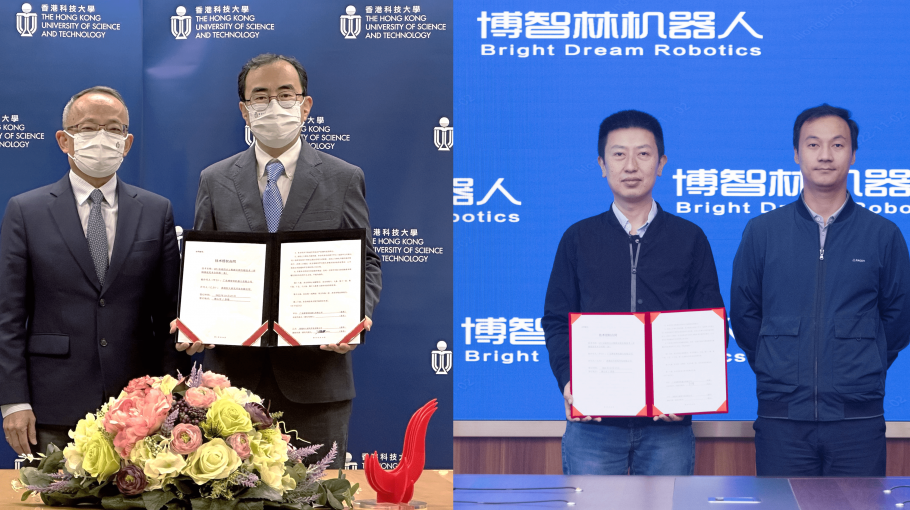 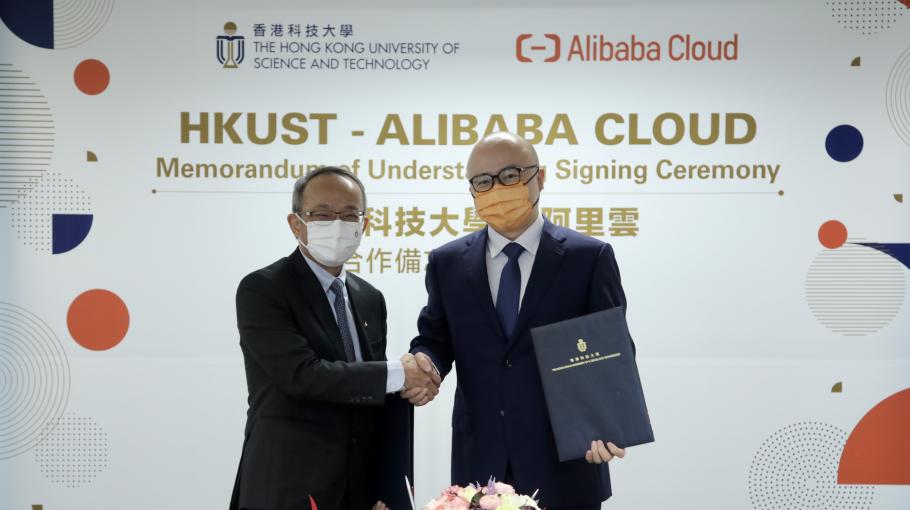 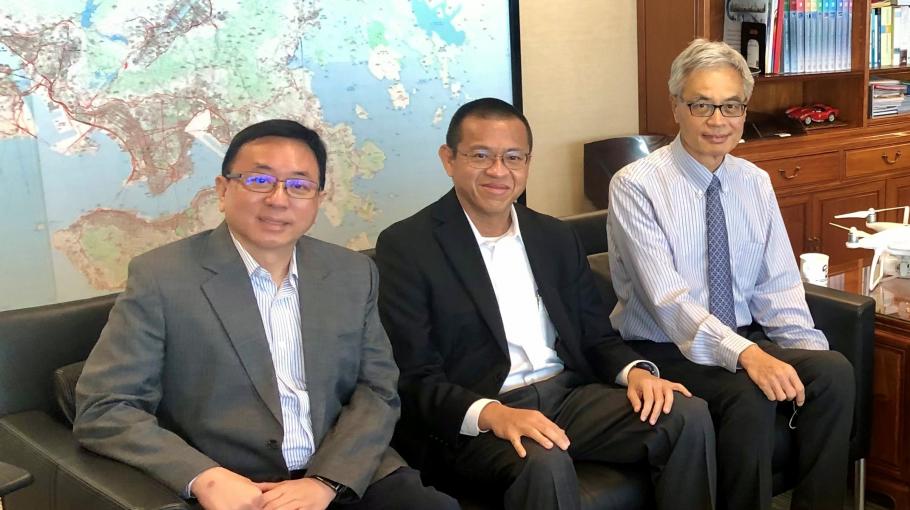