(This article was published on EurekAlert! on December 16, 2020)

Quantum simulations show that boson-like behaviours, so-called bosonization, emerge from an ensemble of fermions in three-dimensional systems, despite that bosons and fermions are governed by distinct quantum statistics.

In the text book of quantum mechanics,  it was introduced that bosons and fermions, two types of elementary particles that build the universe, behave in a drastically different way. For example, bosons can share the same quantum state while fermions of the same kind cannot but fill available quantum states one by one.

Nevertheless, modern developments in condensed matter physics and high energy physics have suggested that the boundary between bosons and fermions can be blurred. One of such examples is a gas of multi-flavor fermions, each identified by a different spin (indicated by arrows in Figure), in which any two flavors interact with one another by the same interaction. Multi-flavor fermions with such a SU(N) symmetry are expected to behave like an ensemble of spinless bosons when the number of different spins in the system becomes very large. The researchers at the Hong Kong University of Science and Technology (HKUST) and the Purdue university use quantum simulation to explore such a “bosonization” phenomenon with ultracold fermions in three dimensions.

Bosonization has been explored—theoretically and experimentally—in one-dimensional systems. But it is unclear if bosonization occurs in higher dimensional systems, largely because exact solutions to the interacting many-body system are unknown. Here, the researchers show, for the first time, that it does occur in three-dimensional systems by measuring two-body contacts,  the central quantity governing all thermodynamic quantities of dilute quantum gases ranging from the energy to the pressure. Evidence of bosonization in contacts thus demonstrates that all other thermodynamic quantities also approach those of bosons.

During the experiment, the researchers controls the number of fermion spins from 1 to 6,  and monitor how the contact of fermions approaches that of bosons.

Gyu-Boong Jo, Associate Professor of Physics at HKUST, one of the leaders of the research team, said, “Our experimental observation confirms that multi-flavor fermions can bosonize with the increasing number of spins in three dimensions. It is remarkable to quantum simulate a special type of fermionic systems that are hard to be realized in solids and to address an open question”.

This work has demonstrated a method of monitoring contacts as a new tool for exploring quantum matter and its underlying symmetries. In particular, this paves the way for the precise investigation of SU(N)-symmetric fermions, in which nonidentical fermions interact identically,  that are not easily available in real materials.

Qi Zhou, Associate Professor of Physics at Purdue and the other leader of the team, said, “A SU(N)-symmetric Fermi gas used in this work will bring quantum simulation to the next level, which would allow researcher to gain a better understanding of strongly correlated materials, such as exotic magnetic and superfluid phases if we add a periodic lattice.”

The research was recently published online in Physical Review X on December 16, 2020.

The research was funded by the Croucher Foundation, the Research Grants Council of Hong Kong and the U.S. National Science Foundation. 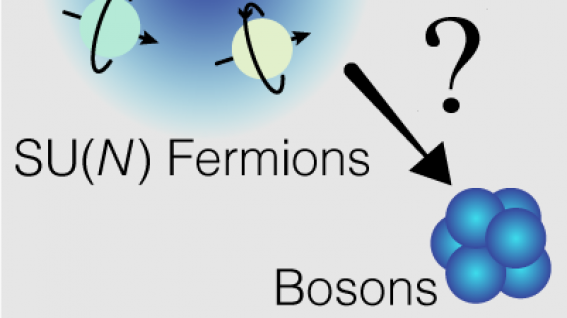 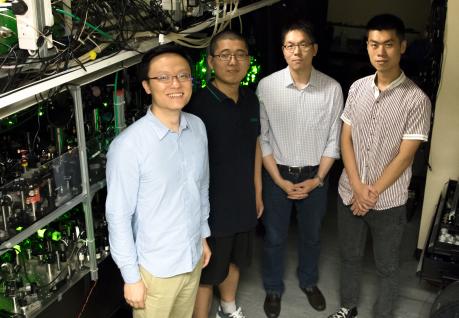