(This article was originally published on EurekAlert! on May 27, 2022) 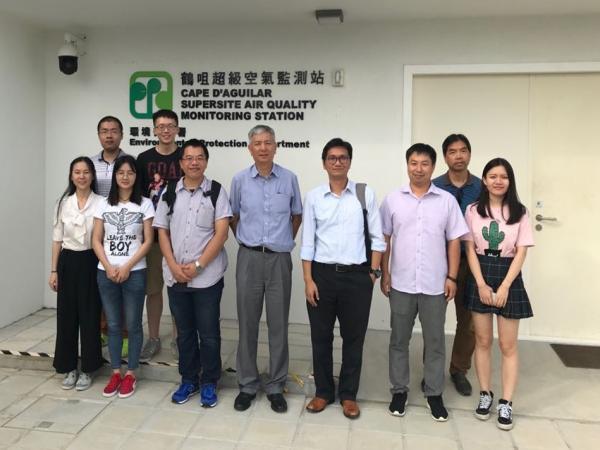 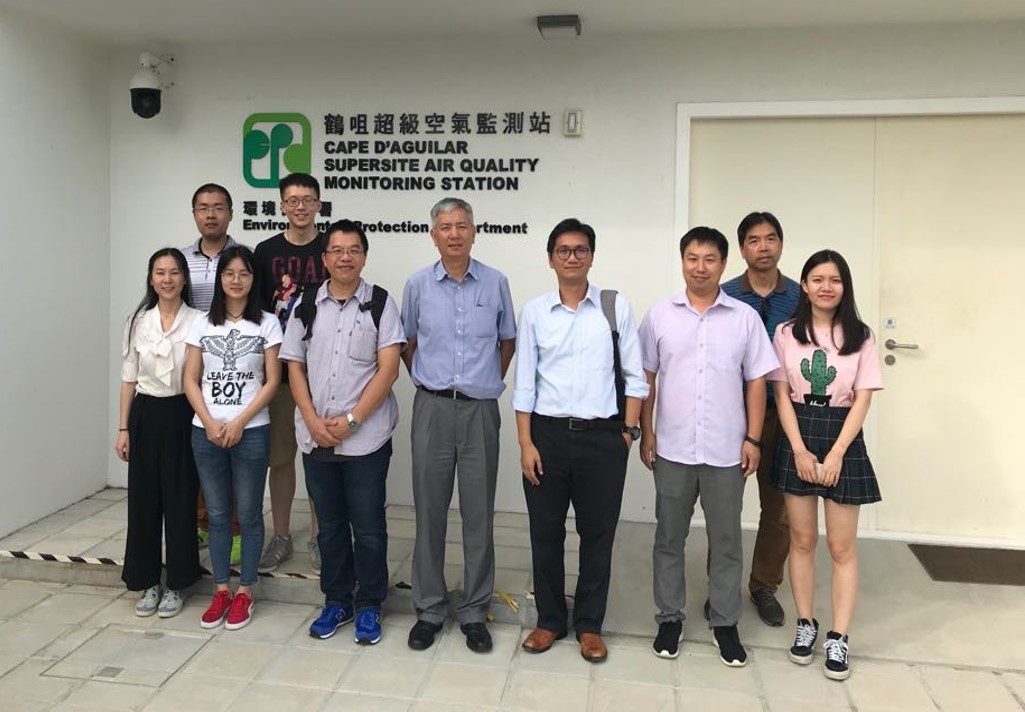 Prof. WANG Zhe (third right) and the co-researchers at the Supersite Air Quality Monitoring Station of the Environmental Protection Department, where they conducted the study.  Taken before the pandemic. 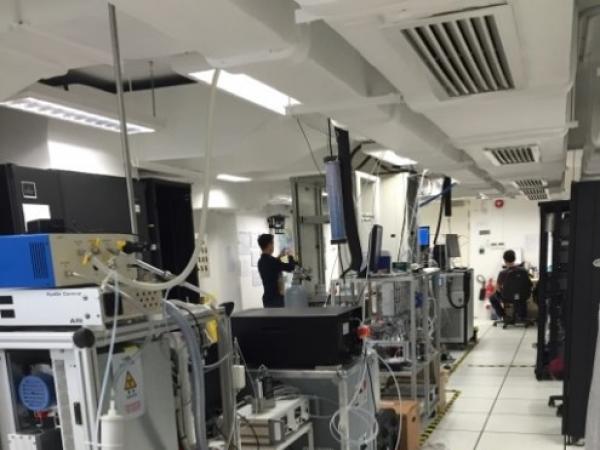 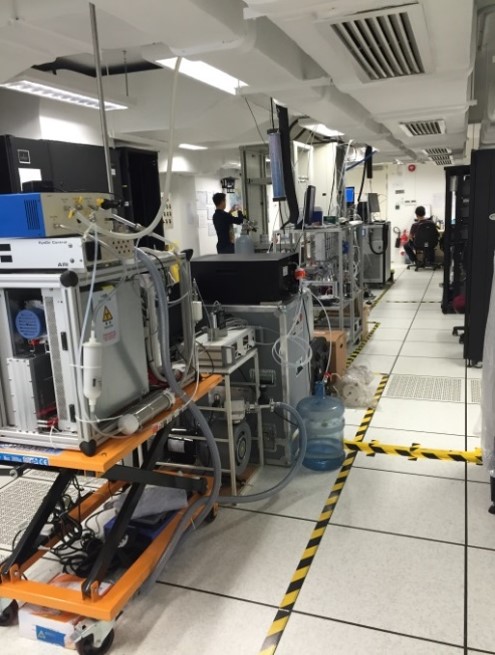 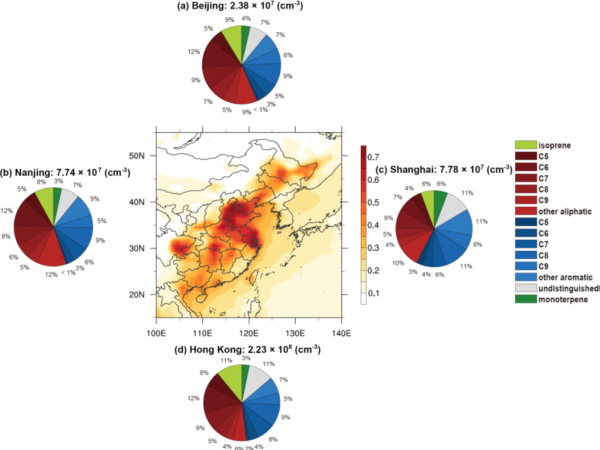 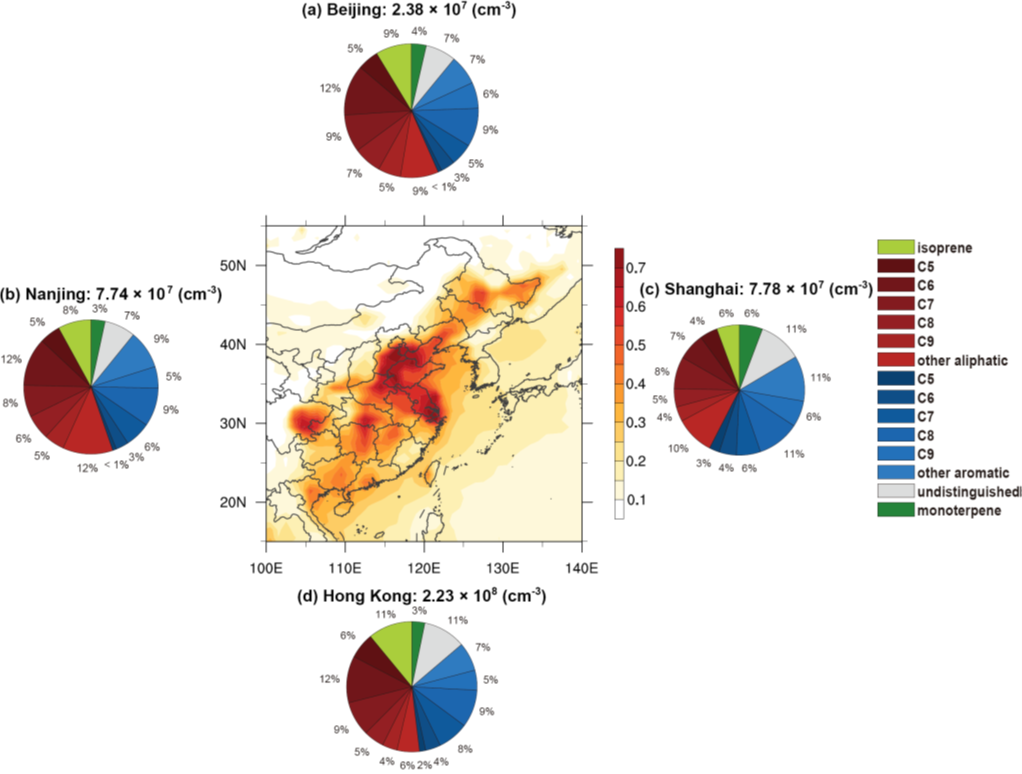 The figure shows a strong homogeneity in the distribution and formation pathways of OOMs across China's megacities including Hong Kong, Beijing, Nanjing, and Shanghai.

Air pollution kills around 7 million people worldwide each year, and is the largest environmental health risk.  Air pollutants could be directly emitted from various emission sources, or formed via complex atmospheric reactions of precursors both from natural (e.g. plants) and anthropogenic sources (e.g. traffic, coal combustion, etc).  The pollution measures are effective in controlling primary pollutants, but it has been very challenging to mitigate the secondary pollutants, because of the large knowledge gaps in the underlying formation mechanisms.

SOA contributes a significant fraction to the particulate haze pollution in many urbanized regions, with profound impacts on climate and human health. The knowledge gaps in the sources and relevant chemical processes of SOA formation are the bottleneck for implementing effective measures to mitigate haze pollution.  This joint research confirmed the dominant roles of anthropogenic low-volatility organic vapors as critical intermediates connecting the oxidation of volatile organic compounds (VOCs) to SOA and haze pollution in urban environments.

The HKUST researchers conducted a comprehensive field study in Hong Kong, and during the same period, coordinated studies were concurrently carried out in three other Chinese megacities by mainland and international researchers in Beijing, Nanjing, and Shanghai.  For the first time, the joint research characterized plenty of highly reactive oxygenated organic molecules (OOMs) in different urban environments, and developed a novel classification framework to trace the measured OOMs and formed SOA to different precursors.

The results showed that oxidation of anthropogenic VOCs dominates OOMs formation in the urban atmosphere, with approximately 40% contribution from aromatics and another 40% contribution from aliphatic hydrocarbons, a previously under-accounted class of VOCs.  The study unveiled that multi-step oxidation and auto-oxidation processes play key roles in OOMs formation, and nitrogen oxides (NOx) significantly affect the VOCs oxidation process, producing a considerable fraction of nitrogen-containing organic compounds.  The irreversible condensation of these anthropogenic OOMs is a dominant source of SOA, even under severe haze conditions.

The study showed a strong homogeneity in the distribution and formation pathways of OOMs across China's three most urbanized regions, where more than 800 million people live and suffer from air pollution. It implies a possibility of solving air pollution issues with a uniform and effective mitigation strategy across these highly populated city clusters.

The study findings were recently published in the scientific journal Nature Geoscience.  Prof. WANG Zhe from ENVR of HKUST is one of the co-first authors of the work. The other co-first authors include Prof. NIE Wei and Prof. YAN Chao from Nanjing University and Prof. HUANG Dandan from Shanghai Academy of Environmental Sciences (a former Ph.D. graduate from HKUST).  Other contributing authors included scientists from the US, Finland, Switzerland, Macau, Hong Kong, and mainland China. The study received funding support from the Hong Kong Research Grants Council and the National Natural Science Foundation of China.