A research team led by Prof Vic Kam Tuen Law, Assistant Professor of the Department of Physics at the Hong Kong University of Science and Technology (HKUST), gave an explanation to the complex phenomenon of superconductivity that survives under strong magnetic field, offering a theoretical answer to an unsolved experimental observation by a group of scientists in the Netherlands. The collective findings were published in Science on 12 November 2015.

Prof Law’s team also pointed out that Ising superconductors can be used to create a new type of particles called Majorana fermions which would have potential applications in making quantum computers. “Many novel properties and applications of Ising superconductors have yet to be discovered,” Prof Law said. “Now that we understand the mechanism of how certain materials become resistant to interference from external magnetic fields, we can look for materials with similar characteristics to those of superconducting MoS2.” Indeed, in collaboration with experimentalists from Penn State University, Prof Law and collaborators found that a monolayer of NbSe2 is also an Ising superconductor. This work was also published in Nature Physics in November.

Prof Law joined the Department of Physics at HKUST in 2011. He graduated from HKUST in 2003, and received his PhD degree from Brown University in 2008, where he was awarded the Anthony Houghton Award for Theoretical Physics. He was the first joint postdoctoral fellow of HKUST Jockey Club Institute for Advanced Study and Massachusetts Institute of Technology (MIT) in 2008 and became the Croucher Postdoctoral Fellow at MIT in 2009-2011. He was awarded the School of Science Research Award of HKUST in 2014 and the prestigious Croucher Innovation Award 2015 by the Croucher Foundation. 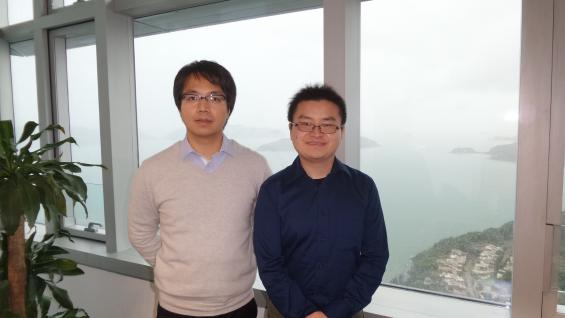