A team led by scientists at the Hong Kong University of Science & Technology Jockey Club Institute for Advanced Study and The Scripps Research Institute (TSRI) R&D Laboratory (IAS HKUST-Scripps R&D Laboratory) and aTyr Pharma has found that ancient enzymes, known for their fundamental role in translating genetic information into proteins, evolved myriad other functions in humans. The surprising discovery of 250 new proteins with previously unidentified activities spanning from stem cell biology to immunology highlights an intriguing oddity of protein evolution as well as a potentially valuable new class of therapeutic proteins. These findings appear in the July 18, 2014 issue of Science.

“These new protein variants represent a previously unrecognized layer of biology - the ramifications of this discovery are now unfolding,” said team leader Prof Paul Schimmel, Ernest and Jean Hahn Professor of Molecular Biology and Chemistry at TSRI (California and Florida). Schimmel is the senior author of the report and also a visiting professor of the HKUST Jockey Club Institute for Advanced Study (IAS).

Prof Mingjie Zhang, co-author of the report, IAS Senior Fellow and Kerry Holdings Professor of Science, Division of Life Science said, “This breakthrough finding not only uncovers a vast area of new biology, but also provides opportunities to develop protein-based drugs for various human diseases associated with malfunctions of these newly discovered proteins.” He added, “The work marks a successful collaboration between scientists from HKUST, TSRI and two biotech companies from the US and Hong Kong. It serves as a wonderful example showing close connections between basic research and biotechnology development.”

The discovery concerns aminoacyl tRNA synthetases (AARSs), a group of 20 enzymes whose most basic function is to connect the nucleotide codes contained in genes to their corresponding protein building-blocks, namely, the 20 amino acids. Because AARSs are essential for the translation of genetic information into working proteins, they are found in all life forms on the planet.

Scientists have been finding evidence in recent years that AARS enzymes exist in greater complexity in more evolutionarily advanced organisms. In essence, these enzymes have acquired new segments or “domains”. Curiously, these domains have no apparent relevance to protein translation. While largely absent in lower forms of life, these domains are added in a progressive and accretive way in evolution, in the long ascent over billions of years to humans.

Dr John Mendlein, CEO & Executive Chairman of aTyr and co-author of the report, said, “We believe this work will enable us to harness the regulating power of these proteins to heal disease states where human physiology is dysregulated. Our international effort to understand this enzymatic gene family now leads us to a completely new horizon for all of human physiology, such as stem cell biology, immune pathways, vascularization and metabolism.”

Using advanced, sensitive techniques, the team identified nearly 250 previously unknown gene-transcript variants of AARS in different human cell types. These variants, known as splice variants, are alternative assemblies of the discrete sequences of information (exons) contained in AARS genes. Genes frequently contain multiple exons that can be spliced together in alternative ways - thus in principle enabling a single active gene to encode multiple proteins with different functions. But the new findings suggest that evolution has been unusually prolific at creating AARS splice variants.

Prof Henry Tye, Director of HKUST Jockey Club Institute for Advanced Study, said, “By bringing top scholars from the West to work with scientists in Hong Kong, this breakthrough research is precisely the kind of cutting edge discovery and scholarship for the betterment of mankind that IAS likes to see happening. This exciting discovery took Paul and his team six years of hard work and perseverance combined with vision and creativity to achieve. Compliments go to the Innovation and Technology Fund for its continuing commitment to this very challenging project.”

The team’s further investigations revealed that the new AARS variants often are produced only in specific cell types such as brain or immune cells, and/or appear only during certain stages of development.

Remarkably, most of the new splice variants lack entirely the standard “catalytic domain” that supports protein translation - confirming that they are not directly involved in that fundamental process. Initial screening of the biological activities of these variants hinted at a diversity of other functions. One variant selected for analysis turned out to be a powerful driver for the proliferation of muscle fiber cells in a laboratory dish.

Prof Schimmel, the IAS HKUST-Scripps team and their collaborators will now turn to more comprehensive studies of the new AARS variants and their specific functions. “We believe that these proteins have relevance to multiple human diseases,” Prof Schimmel said. “They thus represent a very important class of new protein therapeutics analogous to widely used injectable protein therapeutics such as growth hormone, insulin, erythropoietin (EPO) (which regulates red blood cell production) and granulocyte colony-stimulating factor (G-CSF) (which stimulates the bone marrow).”

Funding for the research was provided by the Hong Kong Government’s Innovation and Technology Fund, the US National Foundation for Cancer Research, the US National Institutes of Health, aTyr Pharma and its subsidiary Pangu Biopharma.

About the Hong Kong University of Science and Technology

The Hong Kong University of Science and Technology (HKUST) (www.ust.hk) is a world-class research university excelling in science, technology and business as well as humanities and social science. Internationally renowned for its academic rigor and accomplishments, the University promotes interdisciplinary studies and provides holistic education, nurturing well-rounded graduates with a strong entrepreneurial spirit, innovative thinking and relevant skills to thrive in a knowledge economy. As an international university with strong ties to global thought leaders, HKUST has wide-ranging connections with Mainland China while aspiring to be a global premier knowledge hub and a center of research breakthroughs.

The HKUST Jockey Club Institute for Advanced Study (IAS) (ias.ust.hk) is dedicated to the advancement of knowledge to meet the great challenges of the 21st century. IAS aims to bring together the most brilliant minds to drive cutting-edge discovery and scholarship. Its goal is to be a premier intellectual center and a platform for innovation and scientific development in Hong Kong and the Greater China region.

About The Scripps Research Institute

The Scripps Research Institute (TSRI) is one of the world's largest independent, not-for-profit organizations focusing on research in the biomedical sciences. TSRI is internationally recognized for its contributions to science and health, including its role in laying the foundation for new treatments for cancer, rheumatoid arthritis, hemophilia, and other diseases. An institution that evolved from the Scripps Metabolic Clinic founded by philanthropist Ellen Browning Scripps in 1924, the institute now employs about 3,000 people on its campuses in La Jolla, CA, and Jupiter, FL, where its renowned scientists—including three Nobel laureates—work toward their next discoveries. The institute's graduate program, which awards PhD degrees in biology and chemistry, ranks among the top ten of its kind in the nation. For more information, see www.scripps.edu. 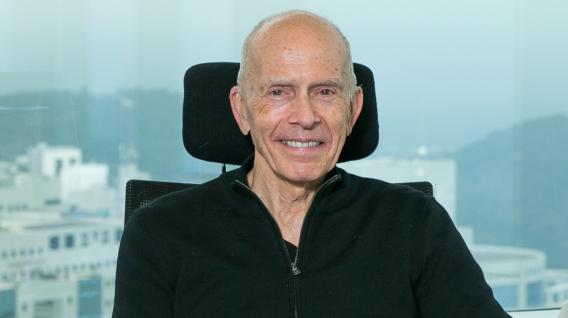 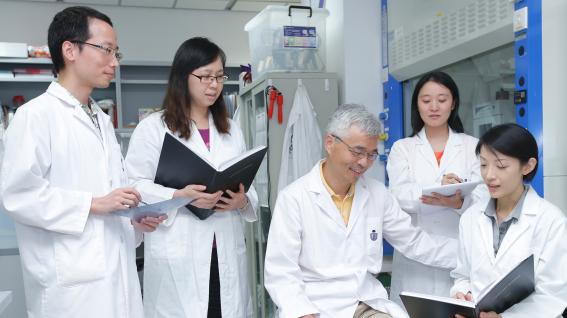 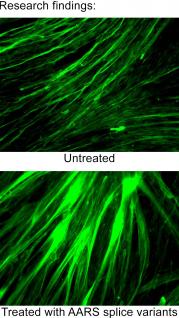