(This article was originally published on EurekAlert! on November 1, 2022) 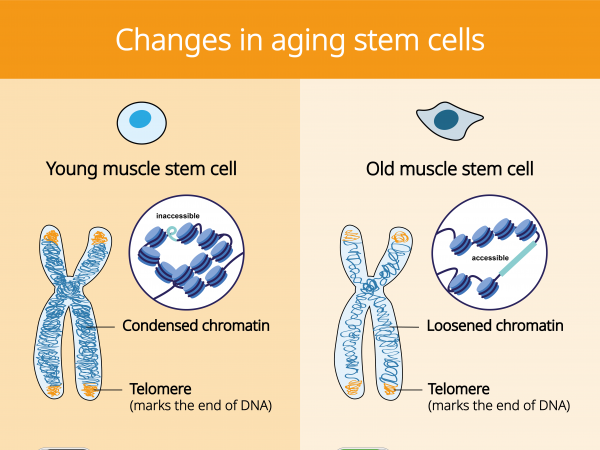 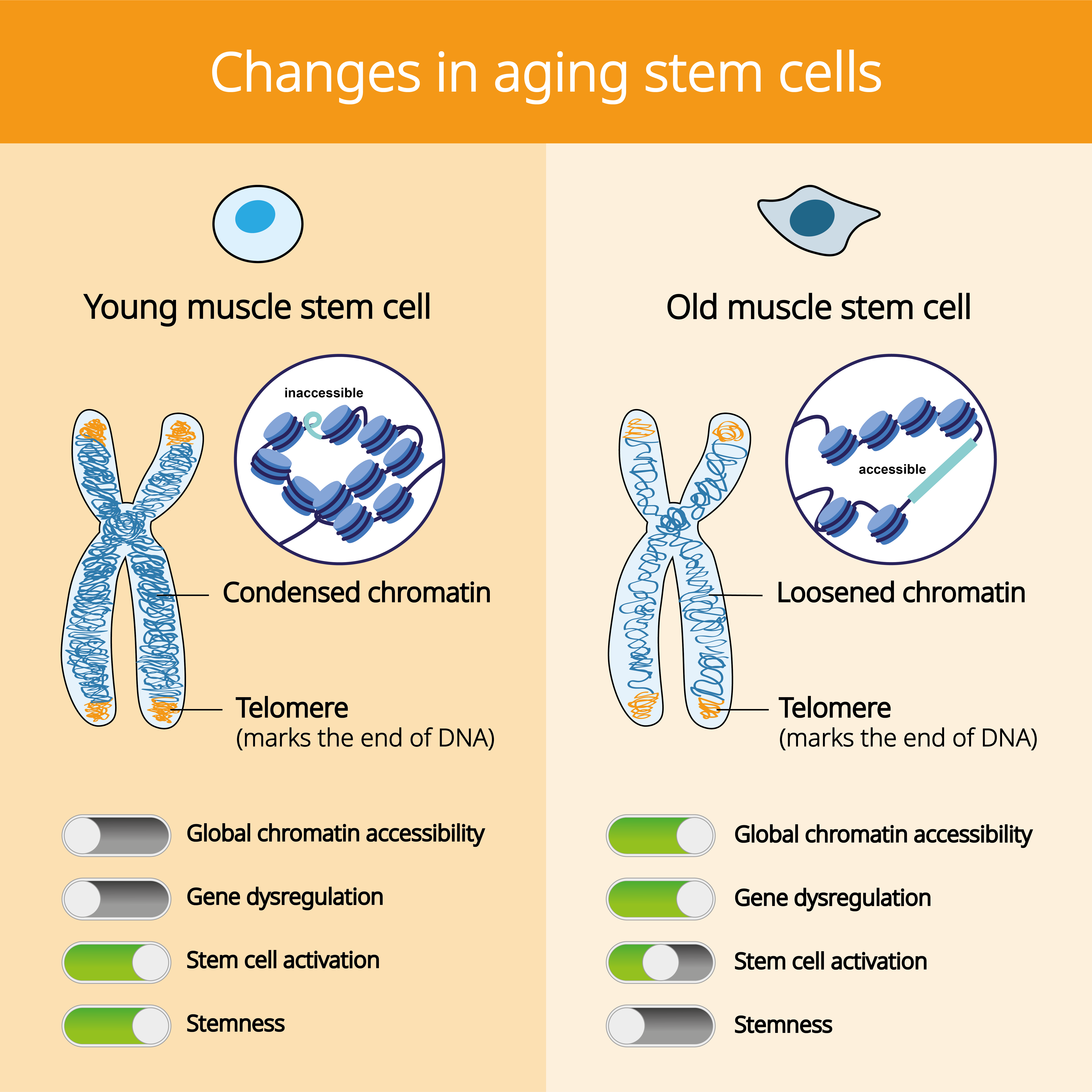 Aging, and the struggle against it, has long been a popular theme in classic and modern literature in human history. From the ill-fated Qin Shi Huang’s expedition to the sea searching for eternal life to Count Dracula’s popularity in the West, aging is a mystery that has captured the world's imagination for thousands of years and yet remains unsolved.
In an exciting development, a HKUST research group led by Prof. Tom CHEUNG, S H Ho Associate Professor of Life Science, whose work focuses on studying muscle stem cells (MuSCs), which play a key role in muscle repair, has discovered a method to identify the aging MuSC, based on its chromatin signature. Aging MuSCs, unlike their younger counterparts, show reduced stemness (the ability to become new stem cells or turn into specialized cells to replace damaged tissues). If the chromatin signature of an aging cell can be reverted to that of a young cell, then the process of cellular aging, and, in this case, the aging of skeletal muscle tissue—could be put on hold or even reversed.
Their findings were published recently in the open-access journal iScience by Cell Press.
“The regulation of chromatin accessibility is critical for cell fate decisions,” said Prof. Cheung. “Changes in the chromatin state can lead to dysregulation of gene expression. In our study, we were able to identify the chronically activated chromatin state as a hallmark of stem cell aging, which could be a target for developing anti-aging strategies.”
Chromatin, a complex of DNA that wraps around histones to maintain DNA in its proper architecture, undergoes rapid changes in its structure in response to the extrinsic environment. As a continuation of their previous study, the team pre-fixed muscle stem cells in the mouse to obtain quiescent cells (dormant cells that will activate to repair injured muscle) and obtained their gene and chromatin signatures, in which they then compared the chromatin accessibility over time.
“We showed that the chromatin environment of young muscle stem cells is very compact during quiescence, becomes highly accessible on early activation, and gradually re-establishes the compact state after long-term regeneration. However, aged muscle stem cells lose their ability to maintain such a compact chromatin environment during quiescence,” said Dr. Anqi Dong, first author of the study and a former member of Prof. Cheung’s research group who is now a Postdoctoral Fellow at the Université libre de Bruxelles.
Many possibilities are waiting to be unearthed now that scientists have gained a better understanding of what happens to an aging cell, opening a variety of avenues for anti-aging strategies to be pursued further.
“Have we solved the mystery of aging? Yes, but not quite,” noted Prof. Cheung. “If we can find chromatin-modifying regulators that are downregulated in aged stem cells, these will be potential targets to prevent aging by restoring their expression. As we are able to make a clear comparison between the chromatin states of young and old muscle stem cells, we have also identified target locations that are specifically accessible in young muscle stem cells. If the accessibility of those regions can be maintained during aging, we may be able to find ways to keep cells young and healthy longer.”
“Our current study describes the changes in chromatin accessibility during stem cell isolation and activation, but the journey has just begun,” said Prof. Cheung. “We look forward to further investigating the mechanisms that alter the chromatin state during muscle stem cell isolation and activation, and it is important we conduct the same study in vivo for more insights.”