A research team at the Hong Kong University of Science and Technology (HKUST), led by Prof Shengwang Du, Associate Professor of Department of Physics, succeeded in controlling photon’s shape, and reached a record photon loading efficiency of 87% into a cavity. The scientific breakthrough can be used to build nodes of a quantum network based on cavity quantum electrodynamics (CQED) and will help advance the development of quantum communication. The research findings were published recently in Physical Review Letters, one of the most prestigious journals in physics.

Half of the 2012 Nobel Prize in physics was awarded to Serge Haroche for his work on CQED. A CQED-based quantum network might consist of flying photonic quantum bits, captured by cavity nodes that perform computations and send information. However, it is not easy to catch and hold a single photon in a cavity. When a photon is injected into a cavity, it can be reflected or transmitted. In previous experiments, reflection and transmission limited the photon loading efficiency to below 20%.

Prof Du and his team exploit the wave-particle nature of a single photon in a cavity between two mirrors—a perfectly reflecting one and an input or output mirror. Using an electro-optical modulator, they shape a photon wave function that, after each round trip in the cavity, interferes destructively with the reflected wave packet. This eliminates most reflections from the cavity while the photon is injected into the cavity.

Prof Du explained that they apply a “heralded” scheme, where a laser-cooled rubidium-atom cloud emits entangled photon pairs, and the detection of one photon heralds the presence of the other one being sent into the cavity. With an optimal exponential-growth photon waveform prepared by the modulator, Prof Du’s team demonstrates a record loading efficiency of 87%, which could advance the development of transmission of quantum information. 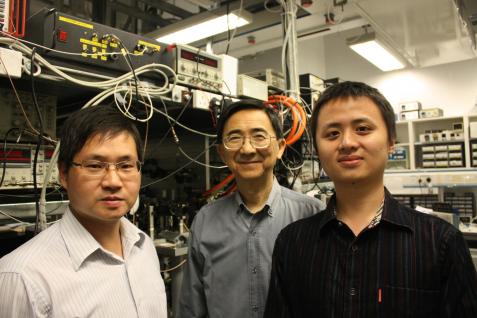 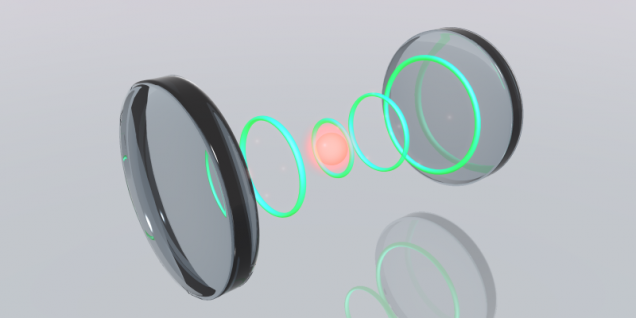