In his talk “Six Lessons from History for the Next President of the United States”, Prof Ferguson, whose new biography of former U.S. Secretary of State and National Security Advisor Henry Kissinger — Kissinger, 1923-1968: The Idealist—was published last year, offered some historical lessons for the next American president. An outspoken critic of the foreign policies of former U.S. President George W Bush and current U.S. President Barack Obama, Prof Ferguson is best known for his book The Ascent of Money and Civilization: The West and the Rest.

Prof Ferguson is an accomplished biographer and the author of 14 books. His first, Paper and Iron: Hamburg Business and German Politics in the Era of Inflation 1897-1927, was short-listed for the History Today Book of the Year award, while the collection of essays he edited, Virtual History: Alternatives and Counterfactuals, was a UK bestseller. In 1998, he published two international critical acclaim The Pity of War: Explaining World War One and The World’s Banker: The History of the House of Rothschild, the latter won the Wadsworth Prize for Business History. Prof Ferguson is also the author of High Financier: The Lives and Time of Siegmund Warburg (2010).

Prof Ferguson was named one of the 100 most influential people in the world by Time Magazine in 2004. He is also an award-making filmmaker, having won an international Emmy Award for Best Documentary in 2009 for his PBS series The Ascent of Money. His many other prizes include the Benjamin Franklin Prize for Public Service (2010), the Hayek Prize for Lifetime Achievement (2012) and the Ludwig Erhard Prize for Economic Journalism (2013). 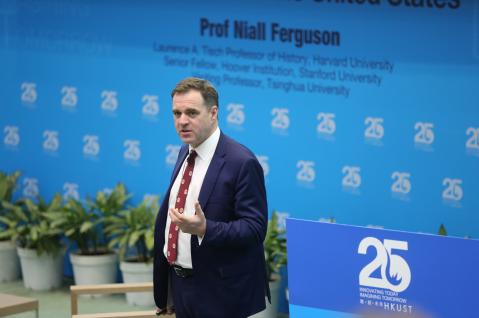 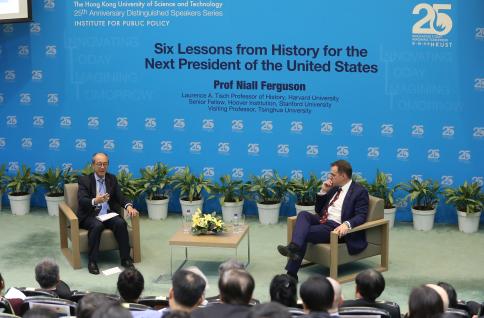 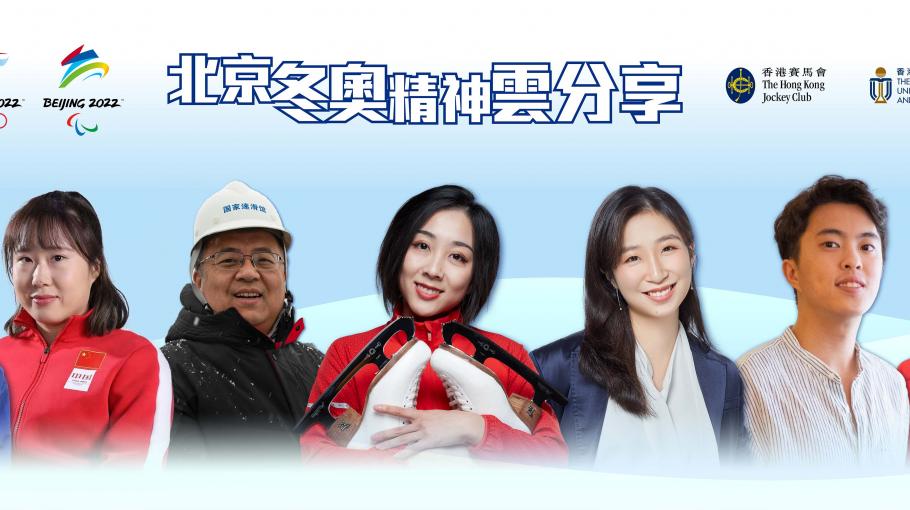