The Hong Kong University of Science and Technology (HKUST) is pleased to announce that Prof Jerry H C Wang, Professor Emeritus and former Head of the Department of Biochemistry, has been elected as an Academician of Academia Sinica, Taiwan, by the 28th Convocation of Academicians in Taipei, Taiwan.

Prof Wang’s main research interests are in cell signal transduction which is involved in essentially all biological processes from basic energy metabolism to highly elaborated processes such as cell growth and cell differentiation. By studying the operation of cell signaling, Prof Wang has made contributions to the discovery of a number of key proteins and their mechanisms. His research contributions include the purification of calmodulin and the demonstration of calcium ion dependence of calmodulin action, the discovery and purification of calcineurin as the major calmodulin binding protein in central nervous tissue, and the demonstration and purification of isoforms of calmodulin-dependent cyclic nucleotide phosphodiesteras. These discoveries established the pivotal role of calmodulin in Ca2+ signaling, laying foundations for the research of cell signal transduction and regulation.

Another groundbreaking work of Prof Wang is the discovery of the active Cdk5 (cyclin-dependent kinase 5) kinase complex as well as the identification of both Cdk5 activators. These findings has pointed to new research directions for nervous system development, brain function, and various neurological disorders, and has thus stimulated a wide interest in neuroscience. Moreover, his work has paved the way for the formation of a new area as Cdk5 in neuroscience. The research of Cdk5 in neurodegenerative diseases has also attracted extensive attention. Research work from Prof Wang’s group and other research groups has demonstrated that the deregulation of Cdk5 is a key step in the pathology of Alzheimer’s disease. His findings would have important implications to the identification of potential drugs for alleviating symptoms of Alzheimer’s disease.

Prof Tony F Chan, President of HKUST said, “We are greatly honored that Prof Jerry Wang has been elected as an Academician of Academia Sinica by the Convocation of Academicians. During his 16 years of service at HKUST, he has made excellent teaching and research achievements. His research in cell signaling and Cdk5 leads to potential development of drugs to combat Alzheimer’s and has significantly contributed to research in this area by HKUST and the academia. As a scientist with major contributions to society, he has made an impact to the academia and to HKUST.”

Prof Wang joined the Department of Biochemistry (currently named Section of Biochemistry and Cell Biology in the Division of Life Science) of HKUST as a Professor in 1994. He was appointed Department Head from 1995 to 2000 and became Professor Emeritus in 2002. As a testimony to his professional achievements, Prof Wang has received numerous awards and honors including the Gairdner International Award (1981), an elected member of the Royal Society of Canada (1984), Honorory Doctorate of Medicine from Kagawa Medical University of Japan (1992), ASTech Award for Leadership in Alberta Science (1994) and Distinguished Achievement Citation from Iowa State University (2000). He had been a faculty member of the University of Calgary in Canada and the Director of MRC Group in Signal Transduction before joining HKUST. 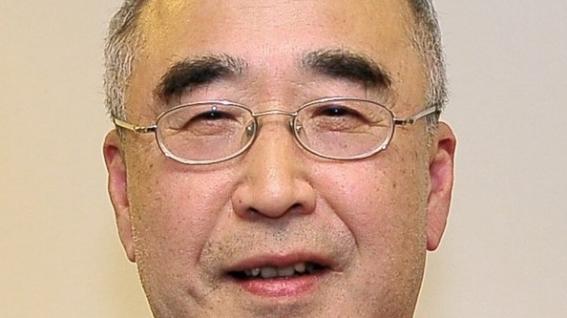