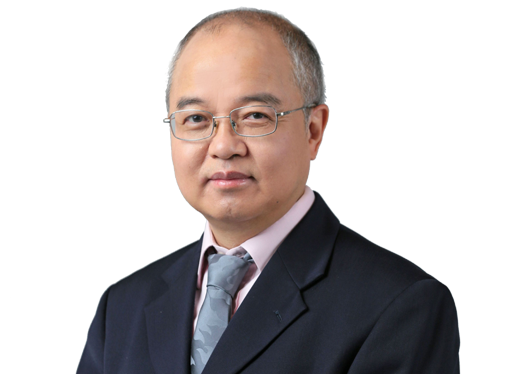 Prof. Yang WANG took office as Vice-President for Institutional Advancement of The Hong Kong University of Science and Technology (HKUST) on October 1, 2020. He is also a Chair Professor of Mathematics. He joined the HKUST as the Head of the Department of Mathematics in 2014 and he became the Dean of School of Science in 2016.

Prof. Wang is an internationally respected scholar with wide ranging research interests, having published over 100 research journal papers in both pure and interdisciplinary mathematics, many of which in top journals. During his tenure as Dean of Science and Head of Mathematics, Prof. Wang founded the HKUST Big Data Institute and launched the popular Big Data Technology MSc program.

Prof. Wang received his Bachelor degree in Mathematics from the University of Science and Technology of China in 1983 and obtained his PhD degree in Mathematics from Harvard University in 1990. He started his academic career with the Georgia Institute of Technology in 1989 and then moved on to be the Department Chair and Professor of Mathematics at Michigan State University in 2007. He was also a Program Director at the National Science Foundation in the US between 2006 and 2007.

The Vice-President for Institutional Advancement (VPIA) is responsible for strengthening HKUST’s visibility, advancing our strategic partnerships, initiating fund-raising, further deepening our connections with alumni, and overseeing crisis management. He also plays a leading role in the establishment of the new Guangzhou campus and its talent recruitment.