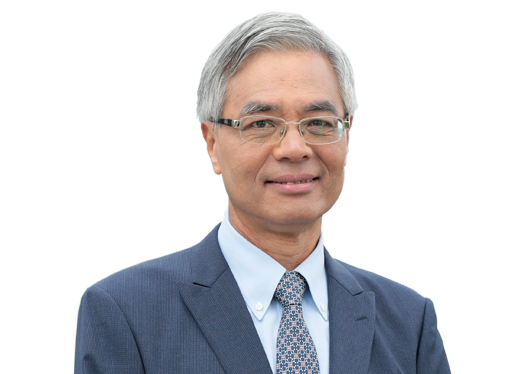 Prof Wei Shyy assumed the presidency of HKUST on 1 September 2018.

Prof Shyy obtained his BS degree from Tsing-Hua University, Taiwan, and his MSE and PhD degrees in Aerospace Engineering from University of Michigan.  Prof Shyy has supervised and hosted many PhD students as well as postdoctoral fellows and visiting scholars.

He is the author or a co-author of five books and numerous journal and conference articles dealing with computational and modeling techniques involving fluid flow and its associated design optimization issues, biological and low Reynolds number aerodynamics, energy and propulsion, and a broad range of topics related to aerial and space flight vehicles.  He was the Principal Investigator of several multi-institutional research projects, funded by the US government and industries, on future space transport, bio-inspired flight, and computational aeronautical science.  He is General Editor of the Cambridge Aerospace Book Series published by the Cambridge University Press, Co-Editor-in Chief of Encyclopedia of Aerospace Engineering, a major reference work published by Wiley-Blackwell.

Prof Shyy is a Fellow of the American Institute of Aeronautics and Astronautics (AIAA) and the American Society of Mechanical Engineers (ASME).  He has received  awards for his research and professional contributions, including the AIAA 2003 Pendray Aerospace Literature Award, the ASME 2005 Heat Transfer Memorial Award, and the Engineers’ Council (Sherman Oaks, CA) 2009 Distinguished Educator Award.  As an alumnus, his accomplishments were also recognized by Tsing-Hua University, Taiwan and the University of Michigan. His professional views have been quoted in various news media, including the New York Times, the Washington Post, the Associated Press, the USA Today, the Christian Science Monitor, the New Scientist, the US News & World Report, and SCMP.

Motivated by his appreciation of the intrinsic beauty of natural flyers, Prof Shyy is an avid bird photographer. Some of his photos are compiled in an eBook, entitled Flight InSight.

The President of HKUST is the chief executive and academic officer of the University, responsible for the overall direction and strategies of the University in advancing its mission and vision in education, research and impact on society. The president serves as a local, national and international ambassador for HKUST, also with dedicated development efforts for the University.