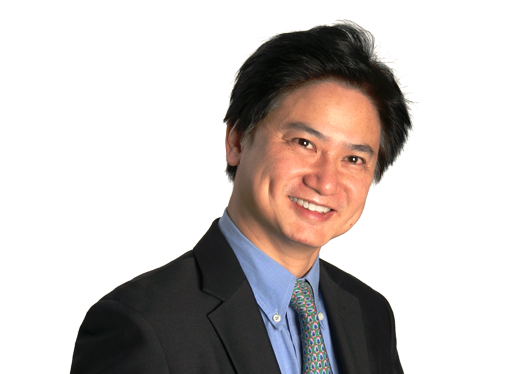 Professor Charles W. W. Ng is the Vice-President of the Hong Kong University of Science and Technology (HKUST) in Guangzhou campus. He is also the Dean of HKUST Fok Ying Tung Graduate School, CLP Holdings Professor of Sustainability and a Chair Professor in the Department of Civil and Environmental Engineering at HKUST.

Professor Ng is Fellow of the Royal Academy of Engineering and immediate Past President of the International Society for Soil Mechanics and Geotechnical Engineering (2017 – 2022).

As a world authority on unsaturated soil mechanics, eco-geotechnical engineering and landslides, Professor Ng is Changjiang Scholar (Chair Professorship in Geotechnical Engineering) (中國教育部長江學者講座教授), Fellow of the Hong Kong Academy of Engineering Sciences, and Overseas Fellow of Churchill College, the University of Cambridge. He is also Fellow of the Institution of Civil Engineers, the American Society of Civil Engineers, and the Hong Kong Institution of Engineers. Currently, he is a co-Editor-in-Chief of the Canadian Geotechnical Journal.

Professor Ng has supervised more than 60 PhD and 60 MPhil students to graduation and has published some 390 SCI journal articles and 250 conference papers and delivered more than 100 keynotes and state-of-the-art reports across the six continents. He is the main author of three reference books: (i) A Short Course in Soil-structure Engineering of Deep Foundations, Excavations and Tunnels by Thomas Telford in 2004, (ii) Advanced Unsaturated Soil Mechanics and Engineering and (iii) Plant-Soil slope Interaction by CRC: Taylor & Francis in 2007 and 2019, respectively.

He has received many awards including the 2018 and 2022 Hong Kong Institution of Engineers best Geotechnical Paper Awards, the 2017 Telford Premium Prize from the Institution of Civil Engineers, the Henry Adams Award from the Institution of Structural Engineers (UK), the first Tan Swan Beng Award from the Southeast Asian Geotechnical Society, and the R. M. Quigley Award from the Canadian Geotechnical Society three times for his three best papers published in 2007, 2012 & 2016. Moreover, he won the Teaching Excellent Appreciation Award for the academic year 2018-19 at HKUST. In the Mainland, he was recipient of the 2020 National Natural Science Award (2nd class) by the State Council (中國國家2020年度自然科學二等奖（排名第1））, the 2015 Scientific Technological Advancement Award (2nd class) by the State Council (中國國家2015年度科技進步獎二等獎（排名第4）), the 2013 Scientific Advancement Technological Award (1st class) by the Ministry of Education (中國教育部2013年度科技進步獎一等獎（排名第3）), Recipient of Overseas, Hong Kong and Macau Young Scholars awarded by the National Science Foundation of China. (國家傑青)(海外)) in 2007 and recipient of 2002 Mao Yisheng Youth Award (茅以升土力學及基礎工程青年獎) by the Chinese Institute of Soil Mechanics and Geotechnical Engineering for significant contributions in Geotechnical Engineering.