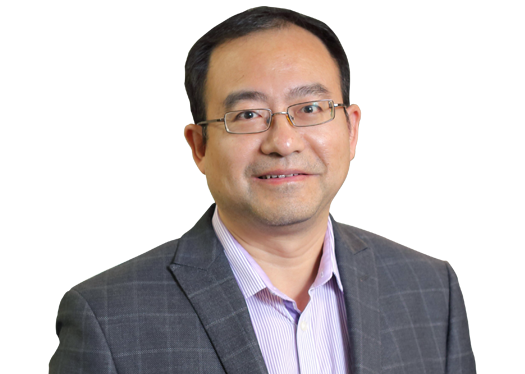 Prof. Huamin QU is the Director of Interdisciplinary Programs Office and a professor in the Department of Computer Science and Engineering (CSE) at the Hong Kong University of Science and Technology (HKUST). He received his PhD in Computer Science from Stony Brook University in 2004 and joined HKUST in the same year as an Assistant Professor of CSE. He rose through the ranks to Associate Professor in 2010 and Professor in 2015.  His main research interests are in visualization and human-computer interaction, with focuses on urban informatics, social network analysis, E-learning, text visualization, and explainable artificial intelligence (XAI). He is currently an associate editor of Computer Graphics Forum (CGF), and was an associate editor of IEEE Transactions on Visualization and Computer Graphics (TVCG), a paper co-chair for IEEE VIS'14, VIS'15 and VIS'18, a program co-chair for IEEE PacificVis'11 and IEEE PacificVis'12, and a program vice chair for ChinaGraph 2014. He has served on the steering committees of IEEE PacificVis, IEEE VAST, and ChinaVis.

Prof. QU’s research has been recognized by many awards including 10 Best paper/Honorable Mention awards, 2009 IBM Faculty Award, 2014 Higher Education Scientific and Technological Progress Award (Second Class) from the Ministry of Education of China, 2015 HKICT Best Innovation (Innovative Technology) Silver Award from the Hong Kong Institution of Engineers, 2015 APICTA Merit Award in E-Learning from the Asia Pacific ICT Alliance, 2016 Distinguished Collaborator Award from Huawei Noah's Ark Lab, 2018 Yelp Dataset Challenge Round 10 Grand Prize Award, and AI 2000 Most Influential Scholar Award (for Contributions to the field of Visualization between 2009 and 2019). In addition to research, the technologies developed by his lab have been adopted by the world’s leading technology companies, such as Microsoft, IBM, Huawei, Tencent etc. He has graduated 26 PhD students.