Having spent a good decade at HKUST, Prof. Albert PARK is ready to use his expertise to help drive sustainable economic growth in developing Asia. A well-known development economist who has led multiple influential research projects in the region over the past twenty years, Prof. Park is embarking on a new journey to achieving greater impact — joining the Asian Development Bank (ADB) as Chief Economist in December 2021.

While the expert on China’s economic policy is clear-eyed about the challenges he will face at ADB, he is excited about the opportunity to contribute to regional economic development especially during difficult times like these.

“The new role will be very challenging, but I also have a lot of optimism that I can build upon a lot of things I have accomplished at HKUST and push ADB’s research in a positive direction,” says Prof. Park, Chair Professor of Economics and Director of the Center for Economic Policy at HKUST.

The making of an economist

“In many ways, this is an opportunity to realize an ideal I’ve had since I was very young,” he says, referring to his years of passion for development economics, a discipline he pursued as a PhD student at Stanford University in the mid-1990s for its potential to make a difference to global problems, such as development in poor countries.

I have studied economics because I want to be well-equipped to bring analytical rigor to policy debates, and I’ve never been disappointed by the ability of economics to deliver meaningful insights.

An outstanding leader of his high school debate team, the agile and disciplined thinker once considered studying law but was soon struck by the ability of economics to provide a set of powerful tools to analyze and design solutions for social problems.

“I have studied economics because I want to be well-equipped to bring analytical rigor to policy debates, and I’ve never been disappointed by the ability of economics to deliver meaningful insights. I’ve found it endlessly rewarding,” he says.

He admires the work of Harvard economist Amartya SEN, who won the Nobel Prize in Economic Sciences in 1998, for his interest in the problems of society’s poorest members, such as the economics of famines and why they occur.

He also draws inspiration from Angus DEATON, another Nobel laureate, for the breakthroughs he has made in doing empirical analyses and collecting and analyzing survey data.

His admiration for these two renowned economists may help explain why as an academic he has made research contributions to a range of practical development problems including poverty and inequality, intergenerational mobility, microfinance, migration and labor markets, the future of work, and foreign investment.

“Field research has always been an important part of my work. I’ve spent a lot of time either doing surveys of workers, households, and to ask original questions about the constraints to development and growth in order to produce research that yields new insights,” he says.

This new job will give me a platform to have a voice which will be heard much more broadly, and with more impact.

His illustrious research portfolio includes a set of papers that evaluate different poverty reduction programs in China. He was the lead international consultant for a major assessment of poverty by the World Bank which engaged key policymakers, influencing their understanding of the nature of poverty and the effectiveness of different programs as well as the design of new policies.

He also led a project in Gansu, one of China’s most underdeveloped provinces, that followed a group of primary school children as they grew up and became young adults. The research expanded the concept of poverty to consider not just income and consumption, but also school and community-level deprivations and examined how adult outcomes were influenced by their exposure to different dimensions of poverty when young.

A spin-off study from his work in Gansu published in 2016 was the first to convincingly demonstrate the impact of poor vision on children’s academic performance using a randomized control trial, highlighting the potential benefits of wearing glasses. Later, these research insights were instrumental in leading the Chinese Ministry of Education’s to recognize and issue guidelines on comprehensive measures to address the country’s significant myopia problem.

Experiences like these, he says, will be useful at ADB where poverty reduction is a top priority of the organization’s mission. He hopes that his new position will enable him to articulate evidence-based research findings to support effective ADB’s operations and provide high quality policy advice to nearly 70 member governments.

“This new job will give me a platform to have a voice which will be heard much more broadly, and with more impact,” he says.

Once his term begins this December, helping countries deal with economic consequences brought on by the pandemic and technology-led globalization and meet the challenge of climate change will likely be pressing issues.

Since the start of the pandemic in early 2020, unemployment and poverty have surged in many ADB member economies. Food prices have risen due to supply chain disruptions, increased shipping costs, and adverse weather. Many children have not attended school for an extended period of time, leading to widening learning gaps between rich and poor. “It'll be a big challenge to identify ways to help countries mobilize resources and address these issues,” he says.

As policymakers in the region grapple with the challenges, high-quality research will be essential to inform decisions they make, and that is why his role will be so critical to help steer economies back on the right track.

With respect to the challenge of climate change, Prof. Park believes that green finance is very promising and will play an important role in supporting more sustainable development. However, he admits that the model is still being perfected and an enormous amount of work and research will need to be done before we really understand the benefits for the wider economy. In fact, HKUST’s theme-based project on green finance can help inform the work of ADB in this area.

A decade to remember

Prof. Park has a stellar track record for initiating change. When asked about his most memorable career moments at HKUST, he felt that helping to establish the Institute for Emerging Market Studies (IEMS) and the Center for Economic Policy (CEP) were particularly meaningful achievements.

It was his goal to make IEMS an inclusive institute involving faculty members from a wide range of disciplines. “I didn’t want it to be my own shop — to fund my own research and give me a fancy title. I wanted it to be an institute that would catalyze and support the energy of all of the faculty,” he says.

Under his leadership, IEMS developed a funding mechanism that distributed funds to individual faculty in the form of small research grants awarded on a competitive basis. This approach proved effective in making support accessible to anyone with good ideas.

“It’s been very gratifying to support these initiatives. I've learned a lot about how to provide people with the right incentives to engage in research that furthers the institution’s mission and ways that research findings can be communicated to be more impactful,” he says. One successful initiative was to support the writing of the institute’s publication Thought Leadership Briefs to convey research findings in a way that is easily understood by a large general audience.

He appreciates the tremendous support he has received at HKUST, from students to fellow faculty members and especially senior management. “The top administrators here have always been very supportive of things that I wanted to do. If you’re someone with initiative and have a vision to try to establish something that will be valued, then you’ll get really strong support here,” he says.

As he says a temporary goodbye to HKUST, he admits that one of the things that he will miss the most about the University is the collegial relationship he has forged with his colleagues and students over the years.

“I will always love academic life. As I look back, it has been very gratifying to see the students I supervised grow and find their own ways to bigger and greater things.”

Saying that he will always hold these memorable moments dear to his heart, Prof. Park, too, is ready to accept bigger challenges in life. 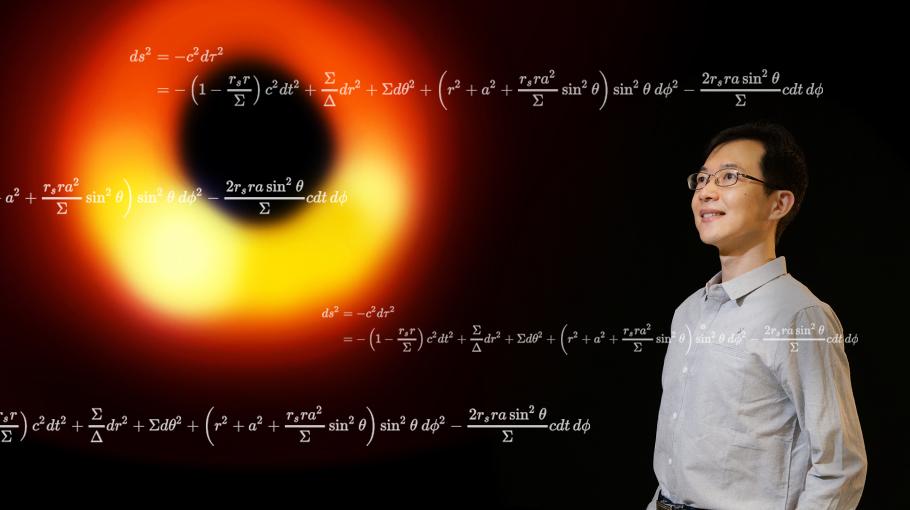 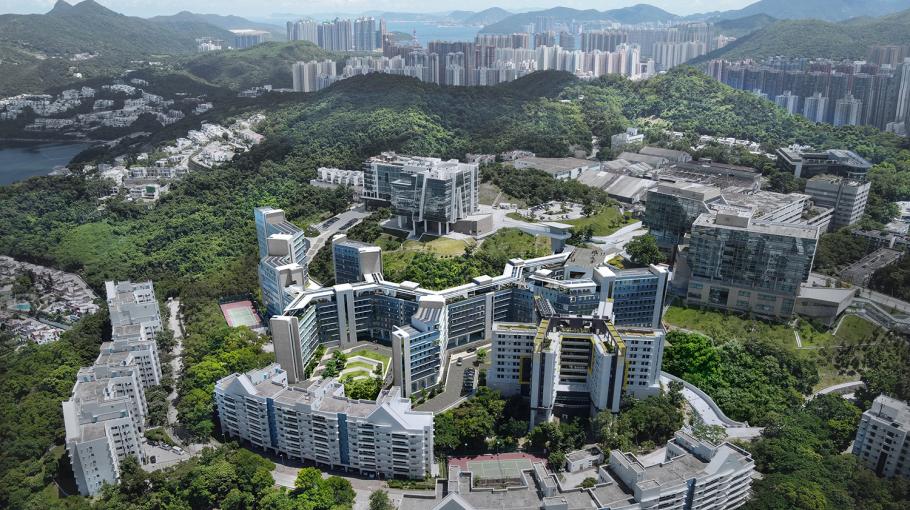 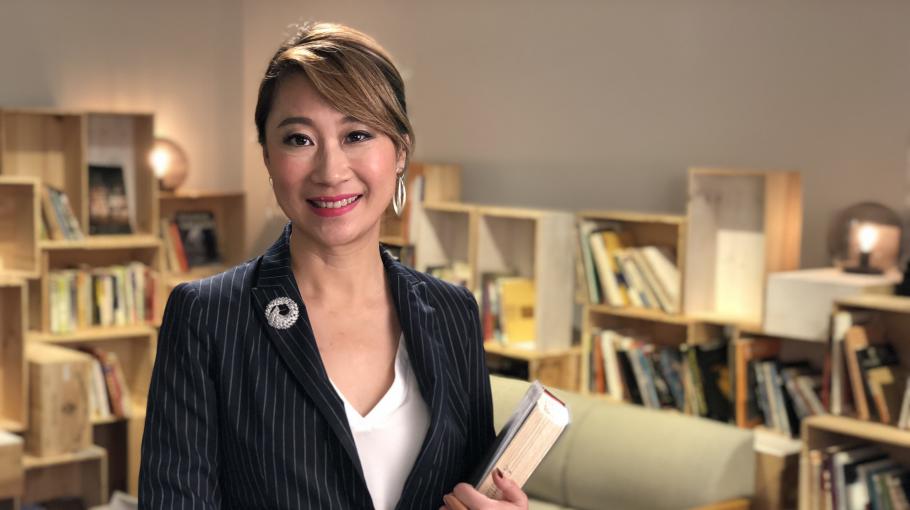 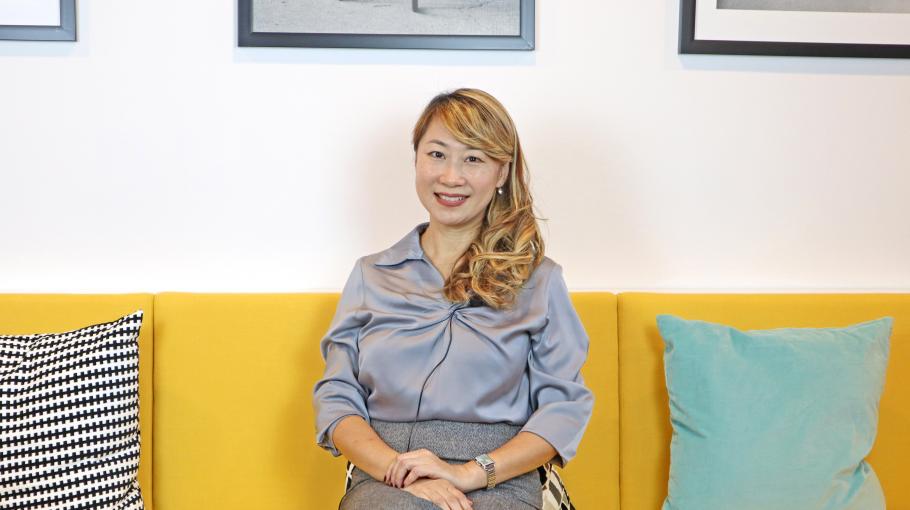