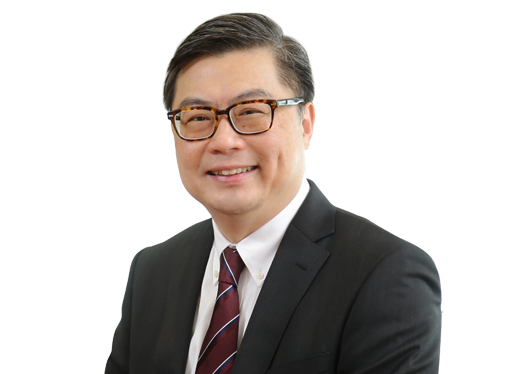 Prof Kar Yan Tam is currently Dean of the Business School and Chair Professor of Information Systems, Business Statistics and Operations Management at the Hong Kong University of Science and Technology (HKUST). He received his PhD from Purdue University and started off his academic career at the University of Texas (Austin). He joined HKUST in 1992 as a founding member of the Business School, where he served as Associate Dean from 1999-2006 and Associate Vice-President of the Provost Office from 2005-2007. He was appointed founding Dean of Undergraduate Education in 2007 and was the Associate Provost and Dean of Students from 2011-2016.

As Dean of HKUST Business School, Prof Tam leads a wide spectrum of academic programs from BBA to MBA, and EMBA to PhD. These include some of the world’s leading programs such as the top-ranked Kellogg-HKUST Executive MBA Program. In terms of research, the HKUST Business School has been ranked the top in Asia since 2005 by the reputable UT (Dallas) Top 100 Business School Research Rankings.

Prof Tam is currently a Board Member of EFMD and AACSB - the two major business education accreditation institutions in the world. He was the President of the Association of Asia Pacific Business Schools in 2018.  As a researcher, Prof Tam is well known for his contributions in information systems and the diffusion of innovations in organizations. His earlier work on machine learning applications in financial distress prediction and investment portfolio construction was regarded as pioneer research in Fintech. He is the project leader of a theme-based research project on Fintech funded by RGC. According to Google Scholar, his publications received over 16,000 citations. Prof Tam is currently serving on the editorial board of a number of academic journals.

Beyond HKUST, Prof Tam plays an active role in public services. He was appointed by the HKSAR to serve on the Steering Group on Financial Technologies in 2015. The Group published a report in 2016, making a number of policy recommendations on Fintech, many of which were adopted by the Government. At the regional level, he led a group of international scholars to study the impact of digital technology on the future of work in Asia Pacific in 2018. Prof Tam is serving on the Hong Kong Productivity Council and is a member of the Anti-money Laundering and Counter-Terrorist Financing Review Tribunal. He is currently the Chairman of the Curriculum Development Council and a member of the Education Commission. He is also serving on the Council of two tertiary institutions - The Open University of Hong Kong (OUHK) and THEi.